The Premier Golf League is not related to the Saudi golf league and it laid out its financial intentions and event plan to Rory McIlroy. 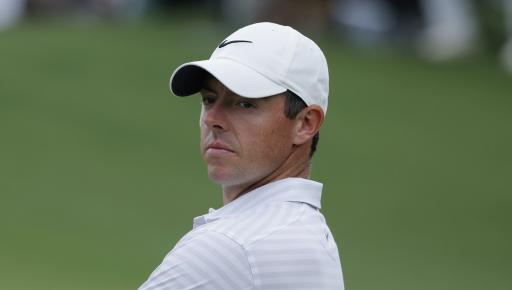 Rory McIlroy and the PGA Tour's policy board received a letter from the Premier Golf League which outlined their financial plan and event structure.

As reported by the Fire Pit Collective, the Premier Golf League is a concept that would have 18 events with $20 million purses. Team events would run throughout the season and it involves share-holding from the PGA Tour, DP World Tour and the Korn Ferry Tour.

Andy Gardiner, the CEO of the PGL, told the No Laying Up podcast that he has spoken to McIlroy before, but understands his opinion on the idea may have changed as a result of the emergence of the Saudi golf league.

But the PGL's website clearly states that they are competitors of the Saudi golf league. Conceived in 2019, they are not linked to Saudi Arabia and an unnamed PGL investor claimed they "stole their idea."

Related: Who saw what Jim "Bones" Mackay did next to Justin Thomas at The Players?

Kevin Kisner and Charley Hoffman are also on the tour's policy board and having discussed the PGL's financial proposal at Bay Hill and TPC Sawgrass earlier this month, Kisner described the plan as "not feasible."

"Their proposal has been studied and scrutinized by an independent company to test its viability," Kisner said.

"The results were presented to all of us. After extensively studying the (PGL’s) finances and the proposal, the (consultants) likened it to having to perform from a financial standpoint of 19 Ryder Cups per year. Not feasible."

However, a source close to the PGL proposal claimed that the financial viability of the league is strong.

"They don’t have our model so I don’t know what they audited. We, on the other hand, have had our model audited by multiple financial institutions and industry experts and know it’s not only viable but conservative," the source said.

"For PGA Tour players, the answer is this: let us take you through the model. If it isn’t viable, what do you have to lose?"

The PGL want to allocate ownership shares to various tours. They plan to allocate $100 million in shares and the PGA Tour would receive 50% of shares, the Korn Ferry would have 7.5% and the DP World Tour would have 2.5%.

Gardiner maintained to the No Laying Up podcast that they have always wanted to work with the PGA Tour. Assuming there are 200 members on the PGA Tour, each player would receive $2 million if the PGL deal was signed.

The Premier Golf League certainly doesn't raise ethical issues like the Saudi golf league, but there seem to be question marks over the financial viability.

Next Page: Greg Norman sends letter to PGA Tour players: "We will not stop"