Greg Norman sends letter to PGA Tour players: "We will not stop"

Greg Norman, the CEO of LIV Golf Investments, has informed PGA Tour players that they will announce their first events of the Saudi golf league today. 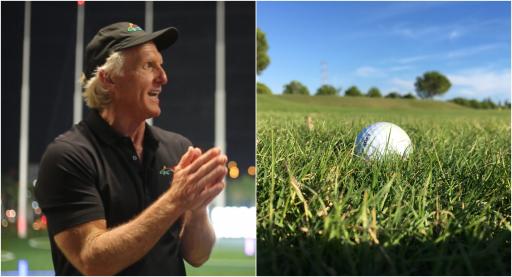 Greg Norman sent a letter on behalf of LIV Golf Investments to PGA Tour players stating they "will not stop" in their pursuit of creating a new golf league.

The controversial Australian asserted in the letter that the proposed Saudi golf league will run events in addition to the players' current schedule, as opposed to forcing them to choose one or the other.

Norman made clear that the Saudi golf league will look to include both individual and team events to "bring out the emotion and rivalry that fans love in golf and other sports."

Describing the movement as a "start-up," Norman wants LIV Golf and the new Saudi golf league to appeal to a younger fanbase and to provide opportunities for the players.

"We may start with a modest number of players, but we won't stay that way for long. I fully understand some players may choose not to play with us right away," wrote Norman.

Related: Cameron Smith: What's in the bag of the Players Championship winner?

“You should know that we are launching….we will not stop.” pic.twitter.com/wy2UrQKP3I

"But after we get going, I believe many of those who aren't with us now will be with us later.

"You should know that we are launching, and we will continue to drive this vision forward. We will not stop. We believe in our mission and will announce information about our first events tomorrow," Norman added.

"While we respect that some of you may have concerns, know that we will work tirelessly with you to alleviate them.

"Our goal will be to let you focus on your playing performance while benefitting from new opportunities, whenever you are ready for them."

This letter is certainly more cooperative than the previous letter that Norman sent to the PGA Tour when he accused commissioner Jay Monahan of bullying.

Essentially every top player on tour has rejected the Saudi golf league which is being backed by LIV Golf and funded by the Public Investment Fund in Saudi Arabia.

With Norman making clear that these events would only be added and not replacements for the PGA Tour, it will be interesting to see the response from players.

Next Page: Who saw what Jim "Bones" Mackay did next to Justin Thomas at The Players?