Patrick Cantlay believes that distance is a major factor as to why the top players are so good, but doesn't see it as a problem in the sport. 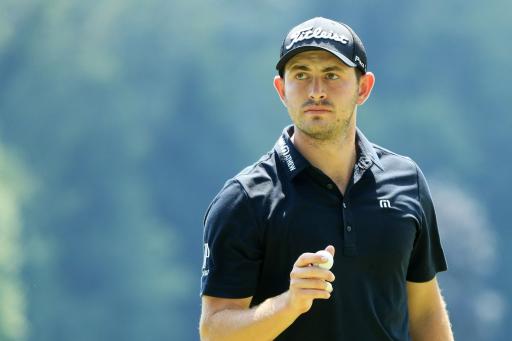 The R&A and USGA recently announced that driving distance needs to be slowed down in order to save the future of the sport, something that could seriously upset brands liek TaylorMade and Callaway who spend a lot of money making their drivers hit the ball a long way.

Patrick Cantlay is one of the world's biggest hitters and in 2019 the American averaged a driving distance of 305 yards and he certainly uses it to his advantage on the PGA Tour.

This week, Cantlay will play in the AT&T Pro Am, where he will have three courses to take on, Pebble Beach, Spyglass Hill and Monterey Peninsula.

Speaking to the media ahead of the event, Cantlay was asked if distance was the key to his personal success.

"Well I think it would be ignorant not to look at people that play well and say distance isn't a big issue or a big component of all the good players' games," said Cantlay.

"So, yeah, it's definitely a huge component of me playing well. And I'm hitting it a lot farther than I did when I came back and probably hitting it farther relative to other players than when I first turned pro.

"And I think part of that is putting an emphasis on it and part of that is just maturing and getting older. But, yeah, I mean, it's a huge part of the game and to ignore that or to say it's not that big of a deal, I think would be a mistake because guys are hitting it farther and the golf courses are suited for that."

Whatever decision golf's governing bodies make, it will need to benefit all levels of golf, not just the Tour players.

Asked whether he thinks distance is a problem in golf, Cantlay's general opinion was that it doesn't cause a problem for amateur or professional golfers, but some courses become much easier to the big hitters out on Tour.

"If I were to play Cypress Point this week, yeah, it would be a problem at Cypress point because there's a lot of holes that you can't hit driver or a lot of holes that other guys would hit driver, 7-iron and I'm hitting driver and a sand wedge or driver and a gap wedge. But for the majority of golf courses we play out here on TOUR I would say no."

NEXT PAGE: R&A and USGA say long hitting needs to be SLOWED to save the sport