Paulina Gretzky and Dustin Johnson got engaged soon after they started dating in 2013 and now they have revealed where they are to get married. 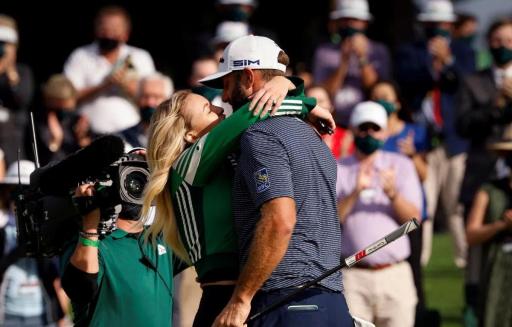 After years of speculation, Dustin Johnson and Paulina Gretzky are finally set to get married this year, having got engaged back in 2013.

There has been much talk surrounding the famous couple as to when they would tie the knot and this week, Gretzky revealed some details of their wedding in the near future.

Gretzky revealed on her Instagram story that they will get married at Blackberry Farm, a five-star resort in Walland, Tennessee, which has an attractive brewery and other great features.

The model, singer and actress also posted a picture on her Instagram page on August 17 with a group of friends at Vera Wang Bridal Services, dropping another hint that the wedding is getting nearer.

Unfortunately for golf fans, she did not reveal the date of the wedding but her social media posts have been enough to generate a lot of excitement and anticipation.

Johnson and Gretzky have seen many great times together, such as when the World No. 2 won the US Open and The Masters, and it has been his busy PGA Tour schedule that has held them back from confirming a wedding day in the past.

"I just did things my own way, I just didn't want to listen to how everyone else viewed things," Gretzky said, speaking on the "Pillows and Beer" podcast in May.

"This guy (Johnson) has no downtime. The stresses from getting everything ready for a wedding would take over mine and his life and what I needed to be was his teammate. I needed to be there for him to support him and love him and make sure he is accomplishing what he needed to do."

The pair have grown in popularity over the years and they have grown a diverse fanbase of golf fans, as well as those who are fans of Gretzky's modelling and artistic work.