Rory McIlroy threw his 3-wood into some woodland at last week's Northern Trust, but his replacement club was on fire at the BMW Championship. 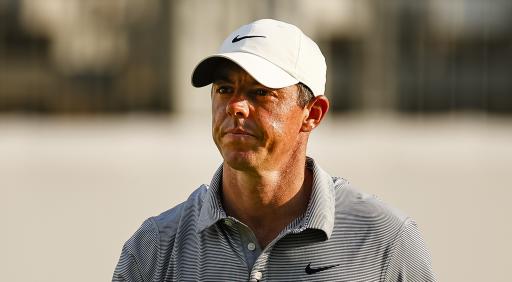 Rory McIlroy made a fantastic eagle with his new 3-wood at the 16th hole during the first round of the BMW Championship.

During the Northern Trust last week, McIlroy revealed that he threw his TaylorMade SIM2 Max 3-wood into some woodland on the 9th hole at Liberty National on Monday.

The Northern Irishman has been home since and put a new 3-wood in his bag and this helped him to shoot a superb round of 8-under-par on Thursday to tie the lead with Jon Rahm and Sam Burns.

RELATED: RORY MCILROY LOSES HIS COOL AND THROWS HIS 3-WOOD INTO THE TREES!

"I went home, I went down to Florida after the Northern Trust on Monday night, went into the garage and rummaged through a few different things.

This eagle helped lead to a round of 64 (-8) and gives him a share of the lead. #TP5x #JoinTheMovement pic.twitter.com/MuptSYeW87

"I got my old putter back and my old 3-wood, brought a few shafts out and tried different shafts in the driver. I went to a new shaft in the driver and it seemed to work out today."

McIlroy made a great start to the second leg of the FedEx Cup Playoffs, making four birdies on his front nine to go out in 32 shots. Despite a bogey at the 13th hole, he made more birdies at the 10th, 12th and 15th holes.

On the 16th hole, the 598-yard par-5, the four-time major champion used his "new old 3-wood' to hit a pinpoint approach into the green, which set up an eagle.

McIlroy finished with a 64 to match the scores of Rahm and Burns. The trio hold a one-shot lead over Sergio Garcia who shot 7-under-par, significantly improving on his recent scores on the PGA Tour.

Only the top 30 players will qualify for the Tour Championship this week and with McIlroy precariously placed in 28th place, he will need to challenge for the win this week to make it to East Lake.