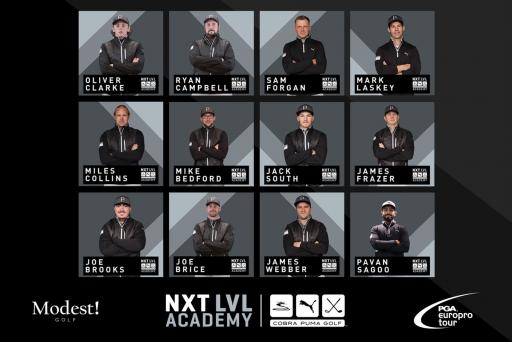 The PGA Europro Tour heads to Donnington Grove in Newbury for the World Snooker Championship this week... but no don't worry, these guys are still playing golf!

GolfMagic's Andy and Jack take a look at their best bets and the Cobra Puma NXT LVL Academy players in with the best chances of chalking up their first win of the season.

Following his impressive tie for fourth last week, Cobra Puma NXT LVL star Ryan Campbell looks a huge price at 80/1, as too Jack South at 125/1 and Miles Collins at 150/1 - each of whom should benefit by their distance off the tee with their Cobra KING F9 drivers in play on this brute 7,100-yard test...

Campbell's performance at last week's Matchroom Sport Championship saw him leapfrog Mark Laskey out in front in the season-long Cobra Puma NXT LVL money list, with Sam Forgan in third and Pavan Sagoo back in fourth.

#NXTLVL player @RyanCprogolf moves to P1 in the CPG @modestgolf order of merit after last week’s fantastic finish on the @PGAEuroProTour pic.twitter.com/DXGcIsmOQP

England's David Dixon scooped the £10,000 jackpot at last week's tournament and he joins compatriot Todd Clements out in front in the PGA Europro Tour Order of Merit - a race where the top five players come the end of the season will earn a category on the European Challenge Tour.

Keep up to date with the live scores from Wednesday through to Friday on europrotour.com