The Phantom of The Open: Check out this HILARIOUS trailer for new golf film

We've had Happy Gilmore and The Legend of Bagger Vance...now we've got Maurice Flitcroft. 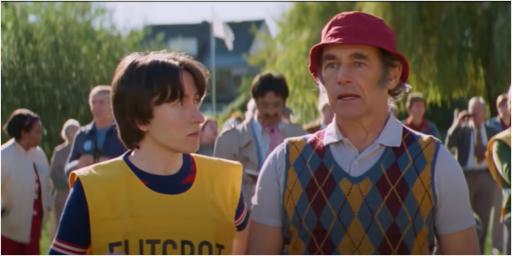 This is the hilarious trailer for The Phantom of The Open - a new golf film based on a true story.

If you've never heard of Maurice Flitcroft, then don't worry, you're really not supposed to.

He rose to prominence in the 1970s when he turned to the world of professional golf despite never having picked up a club.

He entered the Open in 1976 and while we won't spoil it for you - what he achieves is pretty comical.

When the rules were changed to prevent Flitcroft from entering again, he managed to fleece the tournament organisers.

He managed to enter again under the pseudonyms Gene Paycheki, Gerald Hoppy and James Beau Jolley.

Flitcroft went on to be described as "the world's worst golfer".

His life is already the subject of an autobiography under the same name.

That has now been made into a film starring Oscar-winner Mark Rylance (Bridge of Spies, Dunkirk).

It is directed by Welsh actor and writer Craig Roberts (Skins) and is released in November.

If the trailer is anything to go by then it promises to be must-watch.

It looks warm, witty and a feel good movie that could lift our spirits in the winter.

The film officially premiers at the BFI London Film Festival in October, then hits the big screen on 5 November.

NEXT PAGE: FLEETWOOD EXPECTS NOTHING BUT A RYDER CUP WIN