Tommy Fleetwood is making his second appearance at the Ryder Cup and he is aware of the strength of the American side. 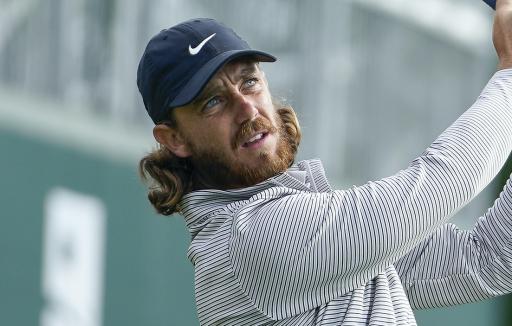 Tommy Fleetwood doesn't expect "anything else but Europe to win" at the Ryder Cup which begins on September 24 at Whistling Straits.

Although Fleetwood has only played in one Ryder Cup, where he earned four out of four points in the pairs alongside Francesco Molinari in 2018, he comes across as one of the senior players.

Team USA contains nine of the top 11 players in the world and six major champions, but Europe have the World No. 1 Jon Rahm on their side and a sense of cohesion that has carried them through so many of these events.

"I think the last two Ryder Cups, Europe have had a couple of the strongest teams we've ever had including this one," said Fleetwood, reported by Golf Monthly.

"I think people forget though, you look at all the individual accolades that America has, most of the biggest events are played in America so it’s likely that they’re going to have most of the titles, but we've got the World No. 1, which is always a bonus.

"We have an amazing bond, we gel so well as a team and that's a huge, huge part of it. There’s no denying America are great and it’s going to be very hard but I don’t expect anything else but Europe to win, to be honest."

The man from Southport was amongst the first five players to qualify for Padraig Harrington's side and he will be joined by his fellow Englishmen Lee Westwood, Paul Casey, Tyrrell Hatton, Ian Poulter and Matt Fitzpatrick.

The five-time European Tour winner was beaten by Tony Finau in the singles in 2018, but this was the only blemish on a fantastic debut for Team Europe.

The World No. 37 may have failed to qualify for the FedEx Cup Playoffs, but he is high in confidence ahead of the matches at Whistling Straits.

"I'm excited to play one in America and just experience the different environment," Fleetwood added.

"I think what the more experienced guys say, you have to try and thrive in that environment, enjoy the fans being against you."

NEXT PAGE: RYDER CUP: A HISTORY AND GUIDE TO THE STRAITS COURSE IN WISCONSIN