Mickelson: "There will be some that I miss that people will be upset about." 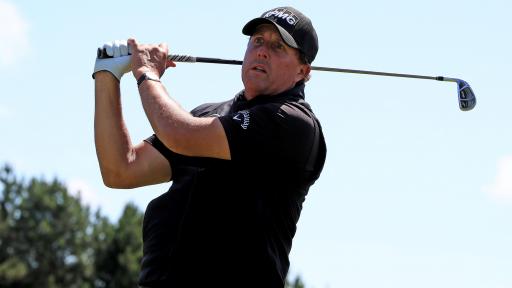 Phil Mickelson has revealed he is going to limit the amount of tournament he plays on the PGA Tour in 2019 in a bid to perform at the highest possible now aged 48.

Mickelson made his comments on his revised Tour schedule just 24 hours after his bizarre statement on an "unplayable" Le Golf National at the Ryder Cup where he went 0-2.

"I love what I do, but now, as opposed to playing the tournaments you’re expected to play in or whatever, I’m going to play in the tournaments that I like, that are best for me, even if it doesn’t make sense or people have a problem with it," said Mickelson.

Mickelson has always done things his own way, and he’s sticking to his new plan whether people support his decision or not.

"As I looked at my schedule next year, and the way some of the tournaments are, yeah, there will be some that I miss that people will be upset about, but I’m not going to worry about it," he added.

"I’m going to have to start limiting the number of tournaments that I play so that I can play those at a higher level, because I’m getting a little bit more mental fatigue and not able to focus and see the shot as clearly as I’d like for so many weeks in a row."