Andrew 'Beef' Johnston, Lee Westwood and co. to give us greater insight into their play this week. 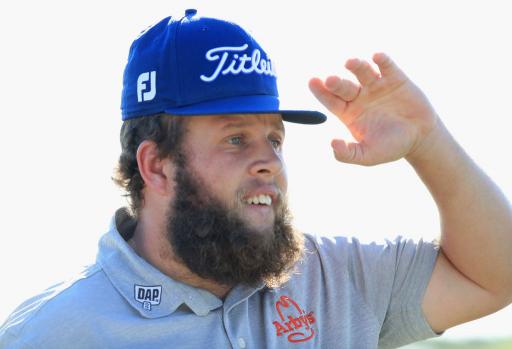 Players taking part in this week's World Super 6 Perth event on the European Tour will wear microphones for the the duration of their rounds.

The last time a professional golf event added microphones was on the holes at the 2017 US Open, but never previously to an entire field during a tournament.

"Golf needs to continue to innovate to stay relevant in the modern market," said Gavin Kirkman, chief executive of PGA of Australia.

"Fans love hearing from the players during the heat of the battle on the field of play. But it also helps the players express their personalities and enhance their reputations. This is a great initiative for everyone involved."

The World Super 6 Perth format is unique: the first 54 holes are traditional stroke play (the field is cut to the low 65 players and ties after 36 holes, and to the low 24 players after 54 holes).

Ties for the low 24 will be decided by a sudden death playoff at the conclusion of the third round. On day four, the remaining players will go head-to-head in six hole matches until one player remains. Confused? You can read all about the format here.

Andrew "Beef" Johnston, Lee Westwood and Danny Willett are the event's marquee players, while Australian Brett Rumford will attempt to defend his title.