For a limited period, PlayMoreGolf are offering players an extra incentive to head back to their favourite golf clubs in 2022. 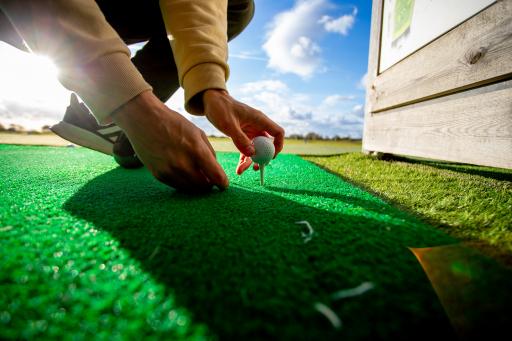 PlayMoreGolf, the UK's largest flexible golf membership offering, today tees off a series of Boxing Day packages to encourage golfers to get their game back on course during the festive season and into the New Year.

For a limited period, PlayMoreGolf will be offering golfers extra incentives to maintain the festive feelgood factor and head to their favourite fairways at golf clubs which have witnessed an unprecedented boom over the past 18 months.

Many golfers are rekindling their love of the game as well as falling in love with the sport for the first time, according to PlayMoreGolf data which is showing a 260 per cent rise in golf club members.

In a bid to support members in their quest to banish any mid-winter blues by hitting the greens at a golf club of their choosing, PlayMoreGolf have announced two new measures to help them on their way.

RELATED: GOLF TIPS: STRUGGLE WITH RAISING YOUR PUTTER TOO HIGH AFTER IMPACT? TRY THIS...

"We know there will be lots of golfers up and down the UK who are itching to get back out on the golf course with friends and family to use that new putter or driver they got for Christmas for the first time," said Alastair Sinclair, CEO at PlayMoreGolf.

"A round of golf is the perfect way to maintain the feelgood factor and stir the senses again after Christmas. That’s why PlayMoreGolf is doing its bit to encourage golfers to return to action with our Boxing Day offers which are ideal for the holiday season and beyond."

As well as trying out new clubs, equipment and garments gifted by loved ones over Christmas, golfers up and down the country will be keen to get out and about again on the fairway to make up for any festive excesses.

And now they have the perfect excuse to make an early return to the golf course and enjoy an uplifting change of scene, thanks to PlayMoreGolf which has taken steps to help members get back into the swing of things on courses across the UK.

In keeping with the spirit of Christmas, PlayMoreGolf has launched two special Boxing Day packages which will both be available from the stroke of midnight on Christmas Eve until the end of the holiday season at midnight on January 3.

RELATED: TIGER WOODS: HOW GOOD WAS HE AT GOLF WHEN HE WAS CHARLIE'S AGE?

In a bid to help golfers get back into the sporting groove, PlayMoreGolf - which links 14,000 players with more than 250 clubs across the UK under one membership - is offering a discounted early bird 2022/23 membership deal and a special bundle to entice enthusiasts.

Golfers taking advantage of PlayMoreGolf’s Boxing Day packages will be able to:

- Pre-purchase their 2022/23 season annual membership through the festive break gift card which costs from only £280 per year and can be activated now or next year and entitles members to 20 additional complimentary PlayMoreGolf points worth £70 which can be worth the equivalent of up to 10 rounds.

- Plan ahead with PlayMoreGolf Experience vouchers which will be available for £65 - down from £79 - and include 20 flexi points which represents up to 10 rounds of golf and can be spread over the year or to fund jam-packed golf weekenders.

NEXT PAGE: IS THIS THE COOLEST PITCH MARK REPAIRER YOU HAVE EVER SEEN?

golf club membership
playmoregolf
christmas
boxing day
local golf
Previous
Golf tips: Struggle with raising your putter too high after impact? Try this...
Next
Tiger Woods: Where does he go from here? The Masters or St Andrews?