Check out the fourball matches for the first day of action at the 2019 Presidents Cup in Melbourne. 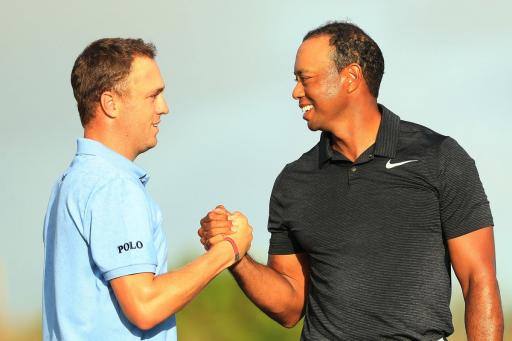 The wait is over and we now finally know the fourball matches for the opening day of the 2019 Presidents Cup in Melbourne. Following recent comments made by Australian Cameron Smith, many of us hoped we would see a showdown between Smith and Patrick Reed, but it wasn't to be as captain Ernie Els opted to sideline Smith for Thursday's matches.

Before the pairings were announced by the team captains, Smith told the media that his friendship with Reed is "not quite there anymore" and there is an obvious tension between the two.

“I’m sure he didn’t like it. I think there is a little bit of tension there,” Smith told reporters. “I’ve looked at Patrick a couple times but he hasn’t looked back.”

Reed has been paired with Webb Simpson for match number four, taking on Hideki Matsuyama and CT Pan. It will be very interesting to see how the crowd reacts to Reed, with rumours that certain crowd members have already come up with chants about the American.

Woods deferred the first pick to Els, who chose local hero Marc Leishman and Chilean Joaquin Niemann to go out in match No.1. After discussing it with his assistants, Woods picked the pairing of himself and Justin Thomas to take on the opening match, which will tee off around 9:30am local time on Thursday (10:30pm Wednesday UK time).

Check out the full list of fourball matches below: