Berry Henson came tied third at the Yeangder TPC on the Asian Tour, five shots behind Travis Smyth. Afterwards, he was highly critical of the world rankings points on offer at the event. 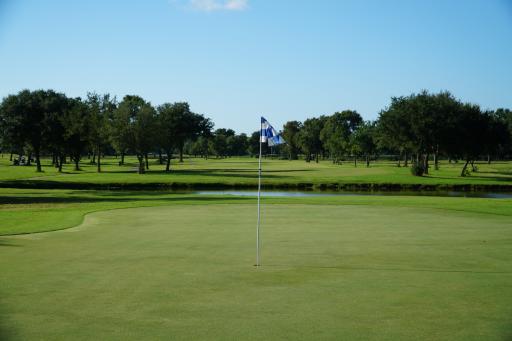 Asian Tour player Berry Henson was hugely critical of the world rankings points on offer to the winner of the Yeangder TPC at Linkou International Golf and Country Club.

Henson came tied third in Taiwan with rounds of 68, 67, 71 and 68, five shots behind LIV Golf player Travis Smyth. Smyth has made three appearances on the LIV Golf Tour so far.

On Sunday morning, Henson tweeted his annoyance at the number of world ranking points that were up for grabs at this event on the Asian circuit. The American said, also reported by Nosferatu on Twitter, there were only 2.28 points available for the winner.

"2.28 first place @OWGRltd points for the winner this week on @asiantourgolf I’m sorry but that’s a crock of (excrement emoji)," Henson posted on Twitter.

Smyth replied to Henson's tweet too: "Is that all I got? What a joke." When the Australian finished second at the International Series England on the Asian Tour, he earned 8.12608 adjusted points.

2.28 first place @OWGRltd points for winner this week on @asiantourgolf. I’m sorry but that’s a crock of . @acaseofthegolf1

Fellow LIV Golf player Lee Westwood also replied to Henson's tweet saying, "Yes but someone that represents you on that board voted for that change."

The Governing Board of the Official World Golf Rankings has been at the centre of attention in recent months. On July 6, the board confirmed that they'd received an application from LIV Golf to gain world ranking points.

The LIV Golf Tour currently doesn't offer ranking points to its players. Participants such as Smyth are able to work their way up the rankings by playing on the Asian Tour.

It is unclear what changes Westwood referred to with his tweet to Henson. On August 9, the OWGR announced that the enhancements they've made to the points system are now in effect after 12 months of notice.

The OWGR began the analysis of the points system in 2018 and the result led to changes including the distribution of ranking points to all players making the cut and the use of a Field Rating calculation based on a statistical evaluation of every player.