Els retells his daughter's words after his horror six-putt from two feet on the first green at the 2016 Masters. 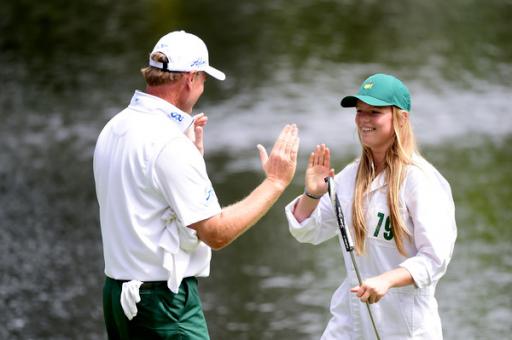 Ernie Els has revealed the touching words his daughter Samantha wrote after watching her father take six putts from two feet on the first green at the 2016 Masters.

Els' putting, particularly from close range, has plagued him during the later stages of his career. In fact, Els has used just about every method of putter and putting to conquer his yips from short range. He's even seen eye doctors and psychologists.

Here's that horror moment for Els from April 2016, if you can bear to watch it again. Probably best to not watch this if you've got an important match at the weekend...

To the South African's credit, he has improved dramatically on the greens since the "most humiliating moment" of his career at Augusta National, going on to rank fourth in total putting on the PGA Tour in 2017.

Els, 48, retells a shorterned version of his daughter's words in the aftermath of his six-putt...

Piers Morgan says "NOBODY CARES" about the Olympics ahead of golf event
The Belfry to host FootGolf UK Open 2021 on August 2
Through pain we see our true natures. My father has been the most resounding example of this. He is by no means a perfect man, but I have never known someone with stronger character. At the Masters in 2016 on the first hole my father took nine shots. People had never seen anything like it before; it was like some kind of sick comedy. At home, my mother and I cried as we watched. I wanted to run through the screen to him. Then something miraculous happened: My father picked up the ball from the hole and walked to the next tee box the way he has since he was a small boy, and I could see his immeasurable strength. Some might have quit. He played on and tried his best.