Rick Shiels calls out YouTuber over his "personal attacks" 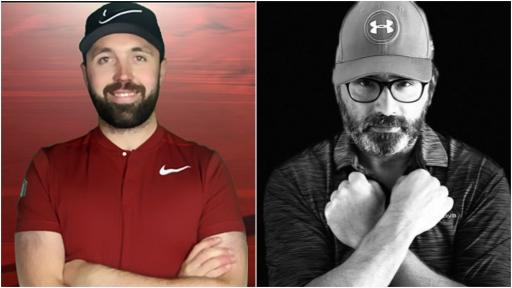 Golf YouTube giant Rick Shiels has called out Jason Stanley, a YouTuber who makes sketches mocking other content creators, after his videos over the past year turned "nasty and personal".

The golf industry is packed with some incredible content creators who consistently produce engaging golf videos, from equipment reviews to lifestyle blogs - this sport has it all.

Shiels, who is the most watched content creator in golf, has amassed almost 1.5 million subscribers and his channel has over 344 million views.

Now we live in a social-media-crazy world where everything is scrutinised and people always have something to say and when you're famous or you have a large online presence, there's going to be a few trolls out there.

Shiels made it clear on Twitter that he doesn't mind people making fun of him, but believes Stanley's videos have started to turn into "personal attacks" and he would "go as far to say bullying".

"Ok, this is something I’ve been wanting to talk about for a while but haven’t done," tweeted Shiels on Monday. "It’s got to the point now that I want to. For some time a man called Jason Stanley (@jaysonpianoman), has been making videos about me, Mark Crossfield, Peter Finch, James Robinson, the Jazzy Golfer, Golf Mates and many other golf creators.

"At first the videos were fairly ‘funny’ and jokey. (I really don’t mind people making fun of me) but as of the last year or so they have become more and more nasty & turned into personal attacks. I would go as far as to say bullying.

"These videos don’t only upset me (& I’m sure the other creators) but my family and my employees. Jason has also started to make money on YouTube off the back of these videos and often just uses my footage and makes false accusations.

"I haven’t called this out before publicly because I didn’t want to give him anymore exposure but I really have had enough of it now. I’m so lucky to be in the position I am BUT it doesn’t mean people have to be horrible about me.

"I really don’t want anyone to spread any hate to Jason (I’ve tagged him so he sees it) but I really do want people to think about how they act online and how it can upset people."

Hundreds of golfers and YouTube fans leapt to the defence of Shiels, including the other talented content creators involved.

I just feel sorry for the guy. A middle aged troll tearing down people and spreading
Only person he’s hurting in the long run is himself

I struggle to understand it to be honest.

Well said @RickShielsPGA .
Whatever it is he’s going through personally that’s making him so angry, unhappy and bitter, he’s projecting in these slanderous videos. As @PeterFinchGolf said, I feel quite sorry for him.

Stanley on the other hand, went on a tweeting spree talking about how many followers and subscribers he had gained off the back of Shiels' comments.