Rickie Fowler to be mic'd up for Charles Schwab Challenge

Rickie Fowler is one of the players who will be wearing a microphone for the first round of the Charles Schwab Challenge. 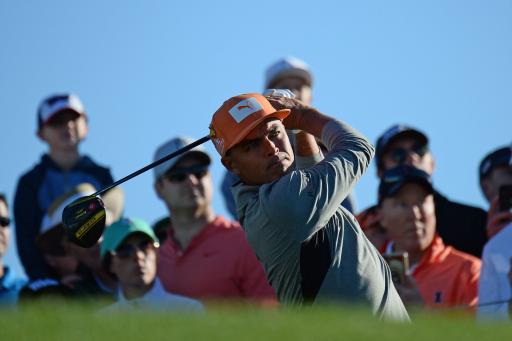 With no spectators at the Charles Schwab Challenge this week, the PGA Tour is providing a little more entertainment for everyone watching at home by putting microphones on certain players so we can listen to what they have to say during their round.

Following on from the success of The Match: Champions for Charity, when Tiger Woods, Phil Mickelson, Peyton Manning and Tom Brady all wore microphones, the tour has decided to give it a go at the Charles Schwab Challenge.

Rickie Fowler, who stars in the featured groups for Thursday's action, playing alongside his good friends Justin Thomas and Jordan Spieth, will be one of the players to wear a mic.

No fans on site? No problem. @rickiefowler will be mic’d up during tomorrow’s coverage of the Charles Schwab to give fans at home exclusive access into his round!

The news is slightly controversial, following Thomas' comments at a press conference when he told the media he would refuse to be mic'd up for his round.

RELATED: Justin Thomas AGAINST being mic'd up for Charles Schwab Challenge

It seems Thomas' playing partner Fowler has a slightly different view on the matter and is happy to wear a mic on Thursday, much to the delight of fans.

"The people's champ right there!"

"This should be interesting!"

"Rickie is the best."

"I give him credit for doing that. No way I'd ever do it!"

"Class to allow the conversation to go what he thinks about and his game. A star for stepping up and go against the grain."