Rickie-Reed exchange shows why Fowler is so popular

This is what was said between the pair after Reed pipped Fowler to the Green Jacket. 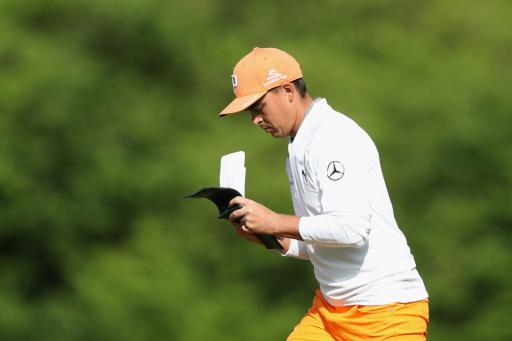 Rickie Fowler is one of the most liked players in golf among both players and fans, and this interaction with newly crowned Masters champion Patrick Reed goes some way to explaining why.

Cobra/Puma staffer Fowler birdied the last hole at Augusta to pull within one stroke of Reed who was in the final group behind, therefore forcing his fellow American to par the last to win his first major - which he did.

As Reed bounced towards the scoring hut, Fowler waited outside to congratulate the new major champion having just watched his chance of clinching a first major evaporate.

"You had to do it didn't you?" Reed quipped as they exchanged a hug. "You had to birdie the last."

"I had to keep you honest," Fowler said with a smile.

Even more impressive when you consider how Fowler must have been smarting. This is the eighth time he has finished inside the top-five at a major.

Nothing but class.
After finishing one shot behind, Rickie Fowler congratulates Patrick Reed. #themasters pic.twitter.com/BkHf7CsZlP