Rory McIlroy admits he used to struggle with team play

Rory McIlroy told the media that he struggled to adapt to team competitions during the early stages of his career. 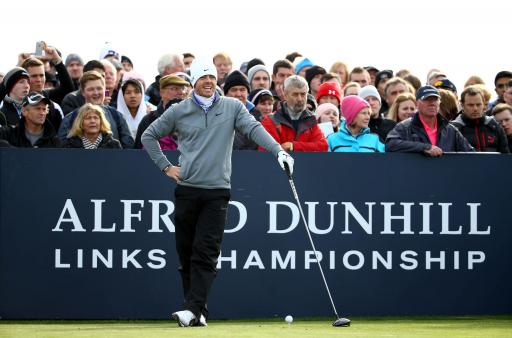 Rory McIlroy got off to a slow start at Wentworth last week during the BMW PGA Championship, but his form came through in abundance over the weekend, including a five-under par final round to give McIlroy another top 10 finish. This week, McIlroy plays on the European Tour once again in the Alfred Dunhill Links Championship in Scotland, where he has the pleasure of playing with his dad, Gerry McIlroy.

Speaking to the media ahead of the event, McIlroy was asked how different it is to play as part of a team, compared to when he plays in individual competitions.

" I think if anything, it's a little different," said the FedEx cup champion. "My first two Ryder Cups I struggled to deal with the fact that I wasn't just playing for myself. There's something more important than, you know, every shot you hit doesn't just affect you. It affects the rest of your team and it affects everything that everyone is trying to play for. "

McIlroy played in his first Ryder Cup in 2010 at Celtic Manor, where he teamed up with fellow Northern Irishman Graeme McDowell on the first day, halving the match against Stewart Cink and Matt Kuchar. On day two, the American pair got the better of the Northern Irishmen, winning the foursomes match. McIlroy and McDowell then had better fortune against Zach Johnson and Hunter Mahan, beating them 3&1 and on the final day, McIlroy halved his singles match against Stewart Cink.

In the 2012 Ryder Cup at Medinah, McIlroy won three of his matches and lost two, a better record than his previous appearance.

"It took me a while to get out of that mind-set and just focus on myself and try to win my point and all that. I think sometimes you can let it affect you and be different. Yeah, I mean, if I'm over a four-foot par putt over the next three days and I know that my dad is out of the hole, I think that creates extra pressure because you're trying to do it for you, but you're trying to not let the team lose the shot either. If anything, there's a little extra pressure there, but it's good," added McIlroy.

At last week's BMW PGA Championship, McIlroy made it clear prior to the event that he hadn't quite had the rest he was hoping for, admitting he had to drag himself off the sofa to practice for the event. Speaking to the media on Wednesday, McIlroy again hinted that he's struggling to get himself in the mood for competitions, following his Tour Championship win in August.

"I guess it's been hard to not view what happened a few weeks ago in Atlanta as like the end of the season for me, and you know, I've really needed to try to reset and try to focus on these next few weeks and play well going into the real end of the year I guess.

"It feels good. I mean, I haven't practiced as much as I have done at the end of the summer or anything. So I wouldn't be as certain the game is as good as it could be, but I'm hopeful that it's still there, and I'm just going to go out and try and play my best."

A win for McIlroy would be hist first win in Scotland, the place where he first got his Tour card, and would give him a huge push in his quest to return to the top of the world rankings.