McIlroy collaborates with Omega on the new design of the new Seamaster Terra Ultra Light watch... 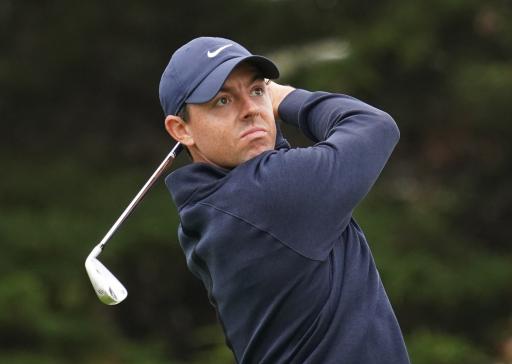 Rory McIlroy has revealed he will be helping to design a new luxury watch for the golf course with Omega.

McIlroy, 31, is a brand ambassador for luxury watchmaker Omega and he is collaborating with the brand on the design of the new Seamaster Terra Ultra Light watch.

"I've always been into watches, even when I was a teenager,"McIlroy told watch website Hodinkee.

"I remember my first big pay cheque - after going on the European tour - I went straight to a jewellery store and bought myself a watch, one that I'd wanted for a while.

"As an accessory, it's the one thing you can change and sort of mix it up. I'm looking at watches all the time."

He added: "They [Omega] wanted to make it really sporty but still have the integrity of what Omega is all about. They were trying to make a new movement, trying to create it with materials that could withstand the shock of hitting a golf ball or a tennis ball - or whatever you are doing.

"They really thought outside of the box."

McIlroy finished a disappointing tied 33rd at the PGA Championship last week, and then admitted his best days on the golf course may be over despite being ranked the third best golfer in the world right now.

"Maybe I'm just not as good as I used to be," said four-time major winner McIlroy, who despite winning 18 times on the PGA Tour has not won a major since 2014.

"I can't really put my finger on it. I go out there and try my best every single day."