In the latest episode of the GolfMagic chat show, we discuss the WGC-FedEx St Jude Invitational, Rory McIlroy's continued struggle to find form and our picks for the 2020 PGA Championship. 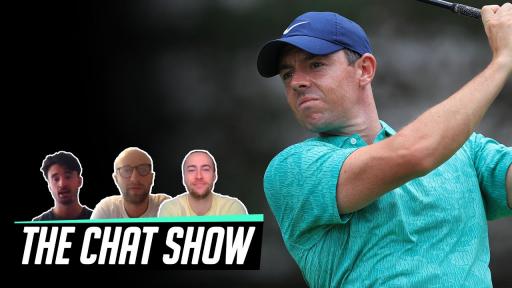 Before the PGA Tour came to a sudden halt, Rory McIlroy was on top of the world. The Northern Irishman was in the form of his life, sitting pretty as World No.1 and was tipped to clean up golf's biggest tournaments, but something has clearly changed. Since golf returned, McIlroy has struggled to find any form and with the first major of the year taking place this week, the 31-year-old will be desperate for a good performance.

In the latest episode of the GolfMagic chat show, we discuss Justin Thomas' victory at the WGC-FedEx St Jude Invitational, McIlroy's struggles and who we think will win the 2020 PGA Championship.

Thomas climbed the leaderboard on Sunday to defy the odds and win his 13th PGA Tour title, becoming the third youngest player to do so, behind Jack Nicklaus who accomplished 13 wins at 25 and Tiger Woods who conquered the same at just 23.

It was a calculated and classy final round from Thomas, who had Phil Mickelson's old caddie Bones on the bag and the two made an incredible team.

Brooks Koepka put up a brilliant defence of the title, but a mistake at the par-5 16th saw a two-shot swing pretty much hand victory to Thomas and the double bogey at the last cost Koepka a whopping $455,000, as he fell from solo second to T2, alongside Mickelson, Tom Lewis and Daniel Berger.

Rory McIlroy's top form is still nowhere to be seen and we believe that is massively down to playing without crowds. Yes he has the talent to beat anyone out there, regardless of who is watching, but similarly to Tiger Woods, McIlroy is a player who feeds off the energy of the thousands of fans who come to watch him play.

Before the lockdown period, McIlroy was World No.1 and playing out of his skin, but since the PGA Tour returned to action, McIlroy has posted finishes of T32, T41, T11, T32 and most recently T47.

This week the first major of the year, the PGA Championship, will be held at TPC Harding Park, a course where McIlroy has found success in the past, having won the Dell Match Play there in 2015 and the World No.3 could really do with a huge confidence booster.

Good vibes for @McIlroyRory this week.

NEXT PAGE: How and when to watch the PGA Championship this week