Rory McIlroy: "I'd move to San Diego if taxes weren't so high"

McIlroy excited about his progress on the greens following tie for fifth in Torrey Pines debut. 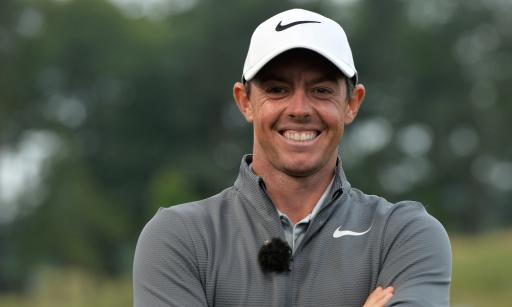 Rory McIlroy revealed after the Farmers Insurance Open that he would consider moving to San Diego if the taxes weren't as high.

McIlroy performed admirably in his Torrey Pines debut finshing in a tie for fifth, where he also ranked third in strokes-gained off the tee.

With already one eye on completing the career Grand Slam at The Masters in April, the Northern Irishman was also satisfied with the progress he made with his wedges and putter.

"What I’m really excited about is my short game and my putting," said McIlroy, who closed with a pair of 69s on the weekend.

"I’m holing out well, and I’m holing the putts I need to hole. Maybe from 15 or 20 feet I didn’t hole as many, but inside 10 and definitely inside 8 feet, the ones where you really need to hole, I felt like I held up pretty well. Most aspects of the game are pretty good."

McIlroy, who will now take two weeks off before teeing up in the Genesis Open in Los Angeles, also admitted there is a good chance the Farmers Insurance Open will appear more often in his yearly PGA Tour schedule.

"Hopefully I’ll make this a pretty permanent stop on the schedule,” he said. “I loved it here. If the taxes weren’t so high, I’d contemplate living here.”