Rory McIlroy praised Bryson DeChambeau for the way in which he overcame the difficult course conditions at Winged Foot to win the US Open. 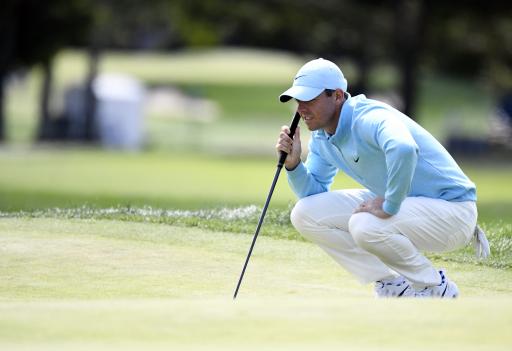 Rory McIlroy said that the way in which Bryson DeChambeau won the US Open was "pretty impressive" and tipped the 'Mad Scientist' to possibly go on and win his second major at The Masters in November.

After recently becoming a father for the first time, McIlroy played with purpose throughout the week at Winged Foot as he searched for his fifth major victory, but his hopes of winning the US Open for the second time fizzled out early in the final round.

Starting the final round six strokes behind the leader Matthew Wolff, McIlroy felt as though he could play without pressure and sneak up the leaderboard, but a six at the par-4 1st took him out of contention, leading to a score of 75 to finish 12 shots behind the ventual champion DeChambeau.

McIlroy, who won the US Open in 2011, was surprised to see DeChambeau's grip-it-and-rip-it technique work at a course as tough as Winged Foot, but praised the 26-year-old for winning his own way.

"I don't really know what to say because that's just the complete opposite of what you think a US Open champion does," said McIlroy. "Look, he's found a way to do it.

"Whether that's good or bad for the game, I don't know, but it's just not the way I saw this golf course being played or this tournament being played. It's kind of hard to really wrap my head around it.

"I played with Bryson at Colonial the first week back out, but I sort of said, 'okay, wait until he gets to a proper golf course, he'll have to rein it back in'. This is as proper a golf course as they come, and look what's happened. But, he's got full belief in what he's doing, and it's pretty impressive."

McIlroy is one of the favourites to win The Masters in November, the only major he is yet to claim, but the Northern Irishman believes DeChambeau's recent performance indicates he could be a strong contender at Augusta.

"I don't shudder to think about it, but if he can do it around here, I'm thinking of Augusta and thinking of the way you play there.

"I stood up here a few weeks ago and said the game has moved on a lot in the last 14 years since the US Open was last played here, and you're seeing what the game has become, what he's doing out there.

"I think it's brilliant, but I think he's taken advantage of where the game is at the minute. Whether that's good or bad, it's just the way it is. With the way he approaches it, with the arm-lock putting, with everything, it's just where the game's at right now.

"I'm not saying that's right or wrong. He's just taking advantage of what we have right now."