Garcia agrees to return to scene of DQ, but this time without picking up massive appearance fee... 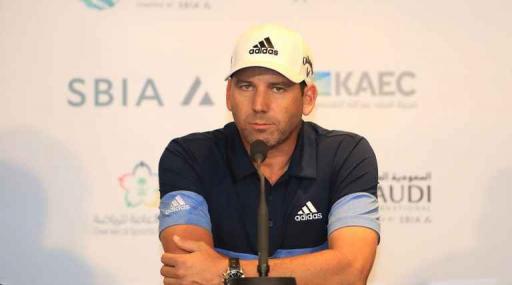 In a bid to seek forgiveness for seeing rage at this year's controversial Saudi International, it is understood Sergio Garcia will drop a huge appearance fee but still compete in the 2020 tournament scheduled for January 30 to February 2.

Garcia was disqualified from the 2019 tournament earlier this season after incredibly thumping his putter into one of the greens at the Royal Greens G&CC in Saudi Arabia.

RELATED: SERGIO REVEALS THE REAL REASON WHY HE WENT MAD AT THE SAUDI INTERNATIONAL!

The heated Spaniard then proceeded to rake his putter across several other greens in frustration, and was even seen spotted having a strop in the bunker by thuming his wedge into the sand multiple times.

Despite his actions during that third round and eventual disqualifiction for "serious misconduct" by the European Tour, the 2017 Masters champion still went on to pocket his tournament fee in the region of £500,000.

He was not asked to pay any of it back.

It is reported in The Telegraph that for the 2020 tournament, however, Garcia has agreed to drop his tournament appearance fee in the region of half a million once again to spare him a suspension from the European Tour.

RELATED: GARCIA GETS DQ'D IN SAUDI FOR TEARING UP GREENS!

"In frustration, I damaged a couple of greens, for which I apologise for, and I have informed my fellow players it will never happen again.”

WATCH: SERGIO'S FINEST STROPS OF ALL TIME ON TOUR!

Garcia has not only agreed to return to the Saudi International in 2020, but a host of other major champions have also penned deals including Brooks Koepka, Dustin Johnson, Henrik Stenson and Patrick Reed.

The inaugural 2019 tournament caused plenty of controversy as it fell several months after the death of Jamal Khashoggi, a journalist who had spoken out against Price Mohammed bin Salman in Washington Post columns.

Golfer FALLS INTO LAKE after playing recovery shot!
Golfer shoots 59 then jumps straight into the lake
Previous
Matt Wallace takes on Guido Migliozzi in 14 club challenge
Next
Cyber Monday Deals on 6 of the Best Mallet Putters