Sergio Garcia on Saudi return: "I want to show the true Sergio" 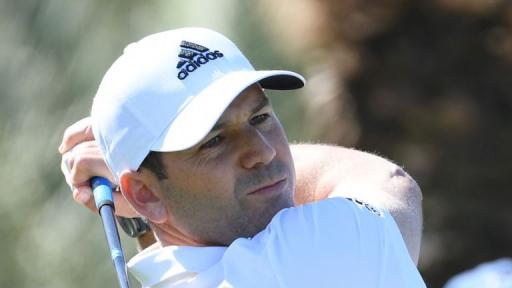 Sergio Garcia has revealed his desire to "show the true Sergio" as he returns to the Saudi International this week - the scene of his dramatic disqualification for 'serious misconduct' in last year's inaugural staging of the tournament.

Garcia, 40, was sent packing from the Saudi International 12 months ago when being DQ'd during the third round for damaging multiple putting surfaces. He was also seen lashing out in the greenside bunker in the second round.

The former Masters champion would later issue an apology for his actions, stating his conduct was "not who I truly am." It was also reported that Garcia was dealing with some off-course problems and his emotions got the better of him that weekend.

WATCH: SERGIO GETS DQ'D FROM THE SAUDI INTERNATIONAL

In a bid to seek forgiveness from tournament organisers, the European Tour and golf fans around the world, Garcia has decided to waiver his six-figure appearance fee at this year's tournament from January 30 to February 2.

RELATED: SERGIO REVEALS WHY HE SPLIT WITH CALLAWAY

"I think obviously you know, I feel terrible about what happened last year," said Garcia.

"Obviously there were some outside things that got to me at that point.

"The easy thing would have been for me to hide and never come back there, but I love the people there, and I love the guys, all the people we met and the Sheikh and everyone that takes care of us during the tournament.

"I'm excited to be back. Show myself, show the true Sergio, and show them my respect and try to play the best that I can, and hopefully have a great tournament."

WATCH: SERGIO'S FINEST STROPS OF ALL TIME ON TOUR!

Garcia  revealed he has ended his two-year relationship with Callaway Golf, and that he is now a free agent. His bag is made up of a mix of PING and TaylorMade clubs, with a Titleist ball.

The equipment change hardly fazed Garcia in the opening round of the Abu Dhabi HSBC Championship as the Spaniard posted a solid 5-under 67 to open the week.