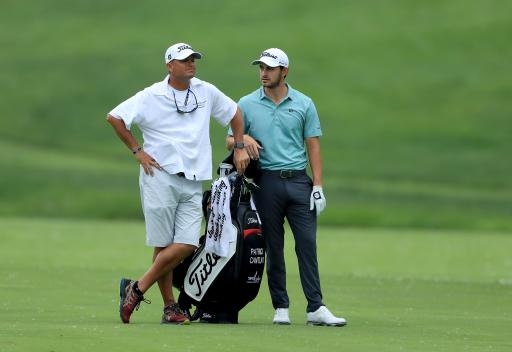 Patrick Cantlay may have wasted little time in announcing his name on the PGA Tour, but my goodness he is deliberate... to put things politely.

Cantlay, 26, finished fourth at the Memorial Tournament on Sunday to notch his third top-10 finish in his last five starts, but the 2017 Shriners winner and World No.29 did it all at a snail's pace - and thankfully CBS Sports analyst Sir Nick Faldo spoke for the millions of us watching on at home.

"You'll have time to go make a coffee or double espresso before he hits the ball," said Faldo.

One video shared on Twitter showed Cantlay looking at the pin 13 times during an address. He was also spotted standing over his putt for a good 20 seconds at one point before pulling the trigger.

And as expected, social media was all over it. Here's a look at some of the best tweets...

CANTLAY w/ 13 looks at the pin at address.

no wonder the shot had bad luck. pic.twitter.com/TYSN41nCBF

Don't think I've seen any pro golfer stand over the ball/shuffle his feet/waggle over a ball as long as Patrick Cantlay since early-2000s Sergio. Hit the darn ball, Patrick! #PGATour #theMemorial pic.twitter.com/y42TSgW0eJ

I think I could play an entire hole in the time it takes Patrick Cantlay to hit one shot. pic.twitter.com/XAQWbEMW0A

I refuse to watch the rest of @MemorialGolf if Patrick Cantlay is in contention all day. Something needs to be done about pace of play on tour.