Six golfers from the Low Expectations Golf Society climbed over 4,000 feet up Ben Nevis with a bag full of golf clubs. 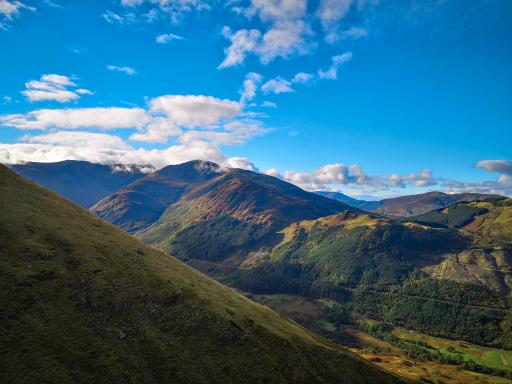 Six friends from a Cambridgeshire-based golf society climbed to the top of the highest mountain peak in the UK to raise money for East Anglia’s Children’s Hospices (EACH).

As reported by Essex Magazine, the members of the Low Expectations Golf Society (LEGS) took a full bag of golf clubs to the top of Ben Nevis in Scotland to raise a great sum of £6,405.

It was the fourth time that the group tried planning their climbs after ascents were cancelled in April 2020, September 2020 and April 2021 because of the pandemic.

"It was a great, fun thing to do," said Peter, the captain of the golf society.

"They’re a brilliant bunch and were determined to get it done. Our guide has been climbing the mountain for years and said he’d never known anyone to play golf at the top before, so maybe it was a first. It would certainly be nice to think so.

"It was a total whim, having first had the idea over Christmas 2019. I said we needed to organise a special fundraising stunt and, from nowhere, came up with the idea of playing golf at the top of Ben Nevis."

The climbers intended to hit some shots from off the top of the mountain, however, they were worried as to what other climbers would make of this.

Instead, they used eco-friendly golf balls and hit some chips shots. The society hit balls off the peak of the mountain in early October.

The group initially raised just over £3,000 but this amount more than doubled when they completed their heroic climb.

"Our society has raised money for EACH before," Peter continued.

"It’s a very special cause and, while there are many other amazing ones out there, I was keen to support a children’s charity - especially one that’s local to the LEGS in East Anglia.

"For us, it’s one of the best and most worthy charities in the UK."

It took the team four hours to get up Ben Nevis and the same amount of time to descend the mountain.

NEXT PAGE: "WHY AM I NOT GOOD ENOUGH?": BUBBA WATSON LIFTS LID ON PGA TOUR PRESSURES