"Why am I NOT good enough?": Bubba Watson lifts lid on PGA Tour pressures

The two-time Masters champion has been speaking candidly about the struggle of balancing life with professional golf. 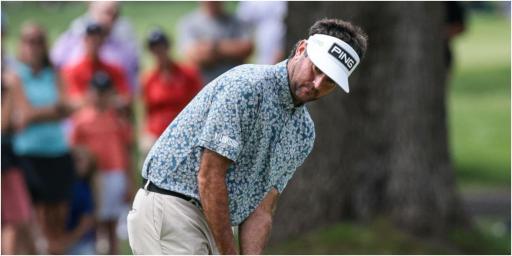 Bubba Watson is known as the type of player who always wears his heart on his sleeve.

We all remember his emotional victories and it has even earned him the nickname "Blubba" among those who aren't his biggest fan.

Yet underneath we are all human and the pressures of our jobs can take their toll.

As you can imagine, it is no different when you reach the elite level of professional golf on the PGA Tour.

MORE: HOW TO WATCH THE PGA TOUR THIS WEEK

Watson has opened up on his struggles off the course in an emotional interview with SiriusXM PGA Tour Radio.

He's currently flogging his new book and is doing the rounds trying to promote it.

And he opened up about tour life and despairingly said: "It ate me up".

Take a look at the clip below:

“I put so much pressure on myself as a golfer”

Watson revealed how when he was on the golf course he would be thinking about his family and vice versa.

He said he's a numbers guy and would constantly pay close attention to rankings and money lists and where he was in the FedEx Cup.

If those numbers went the wrong way he would be distraught.

"It just ate me up inside like man, why am I not good enough?" he said.

"And then it goes onto regular life outside the golf course and it adds up into a big old bubble."

NEXT PAGE: TONY FINAU PLAYS GOLF WITH HIS BIGGEST FAN