Rory McIlroy has always been a superb wedge player, but in this video, he advises us on how to master the flop shot. 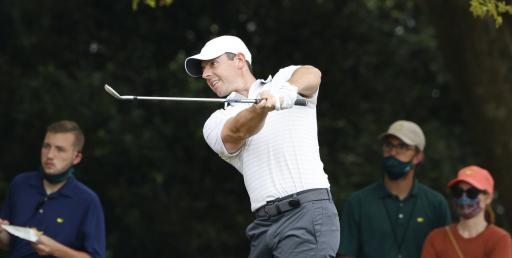 When you think of the flop shot, you think of a risky, dangerous play that could end very badly. But only if you don't know how to execute it.

We have seen players such as Tiger Woods, Phil Mickelson and Rory McIlroy play some incredible flop shots down the years on the PGA Tour, displaying their super-human short game skills.

When he is at his best, McIlroy is arguably the best wedge player on the planet and this is consistent in his short game as well.

In a video with TaylorMade Golf, the four-time major winner gives advice and shows an example of how he plays flop shots when he is in a tricky situation around the greens.

"I have a lot of right-side feels in my game, so the right arm is straight and I try to cover the ball with my right shoulder and then that gets the chest to open up," McIlroy explains in the video.

The Northern Irishman emphasised the importance of extending his right arm on his backswing and when he swings down, his right shoulder covers the top of the ball.

As you can see by McIlroy's execution of the shot, which looks to be near perfection, he commits to the shot and accelerates through the ball.

This aggression requires trust in your swing and this is where amateur golfers may fall down with flop shots and their short game in general. If you do not commit to any shot in golf, things can go wrong.

McIlroy has only made one start on the new PGA Tour season but it was a winning one at the CJ Cup. It was his 20th win on the PGA Tour and he became the second-youngest player from outside the US to reach 20 PGA Tour wins.