England v Scotland in the Six Nations, like you've never seen it before. 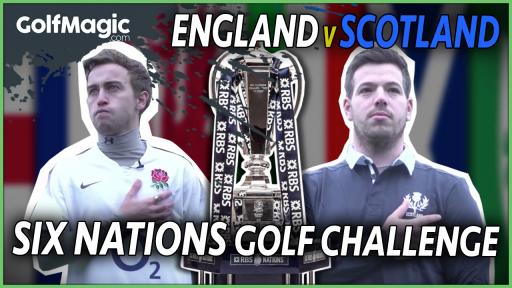 England v Italy was a controversial classic in the 2017 Six Nations last week - who will get the upper hand when the Red Rose take on Scoland? We decided to put our own spin - a golfing spin - on events.

We headed to the Sixways Stadium, home to Aviva Premiership Rugby side Worcester Warriors, to play out England v Scotland.

Each team was afforded six chipping attempts into the try scoring area with new TaylorMade TP5 golf balls, while rubber balls were used for the conversions - as to avoid smashing any box windows!

Watch the video below to see if England could defeat Scotland, and stay locked to GolfMagic.com for England's next match against Ireland.

England VS Scotland MASTER by GolfMagic