So this is what Shooter from Happy Gilmore is up to these days...

You just can't keep Shooter away from the golf course... 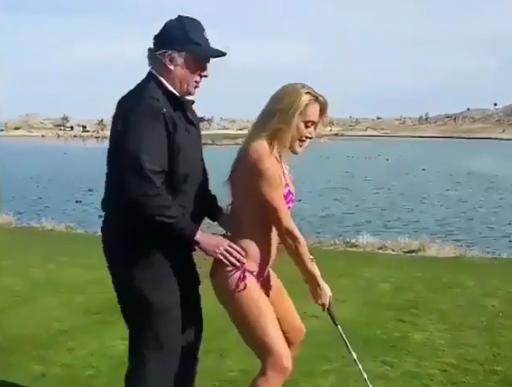 Ever wondered what Shooter McGavin from Happy Gilmore is up to these days? Well he still appears to have some sort of interest in the game judging by this latest social post.

We are fairly certain Chubbs' 'it's all in the hips' tip was deep in Shooter's mind while this young lady was seeking some golfing advice...

Christopher McDonald played Shooter in the popular 1996 golf film. Check out his best bits in the video below...

"I mean I wasn't a great golfer at the time," Shooter told Forbes last year.

"I got to be quite good during it because I had Mark Lye on my shoulder helping me with my swing and my all-around-game, course management as it were. But, my game got better [and] at the same time I had a lot of fun doing it and we're all up in Canada shooting it up by Whistler and all kinds of great places.

"So it was a treat. And it's generational now. So you got to love in an actor's career to have a movie that basically people know you instantly from because it's on a loop on television, which is great. People seem to like it from all ages. So I say more power to them."