Nintendo has announced that a new Mario Golf Super Rush game will be available in June. 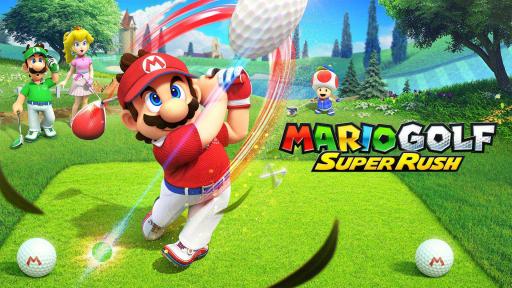 Are you a gamer that also loves golf? Well your day might have just been made after Nintendo announced that Mario Golf Super Rush will be coming to the Nintendo Switch on June 25.

The new game allows users to play with either traditional controllers or by relive the days of the Nintendo Wii Sports games by using the Joy-Con as a motion controller, allowing you you to swing as if there's a club in your hand.

"The Mario Golf series returns to home consoles for the first time since 2003. Putt your golfing skills to the test in Mario Golf: Super Rush!" said Nintendo on YouTube, after posting the first trailer for the new game.

WATCH THE ANNOUNCEMENT TRAILER FOR MARIO GOLF SUPER RUSH BELOW:

The game will feature all of the classic Mario characters, such as: Bowser, Peach, Wario, Donkey Kong, Daisy, Yoshi, Mario & Luigi and more!

There will be a range of game modes, including Speed Golf, where all players tee off at the same time and race to get their ball in the hole first.

Story Mode allows users to play with their Nintendo Mii characters as they start out as a rookie and try to level up by playing in tournaments and gain experience points to improve their game.

Hundreds of Nintendo fans flooded the comments section on YouTube to share their thoughts on the trailer.

"I cannot wait to beam cowboy Wario with a golf ball as he waddles around during speed golf," read one of the comments.

Since the announcement there has also been plenty of tweets about the new game, so take a look at some of the reaction below.

I'm aware i'm in a very small, specific demographic as a long term Nintendo fan boy who plays golf, but I could not be more excited for Mario Golf on the Switch.

I love how although I personally don't feel strongly either way about Miis, I got SO EXCITED seeing Miis in Mario Golf and the new Miitopia because I knew my Mii-loving friends would be excited.

I used to play the PGA Tour games on Gamecube back in the day and I really enjoyed them (06 was actually really fun).

Wonder if there will be a demo!

Ah, anyday's a good day out on the green with King Koopa!

Can we take a moment to appreciate the outfits that the characters wear in Mario Golf Super Rush pic.twitter.com/IMcA09MSDf

Ok, ok, ok, MarioGolf looks VERY cool, and thats going to be a lot of fun too, didn't expect that! Love it when they add more Wii inspired games, super excited for this one!