Jordan Spieth goes back to his Scotty Cameron 009 blade. 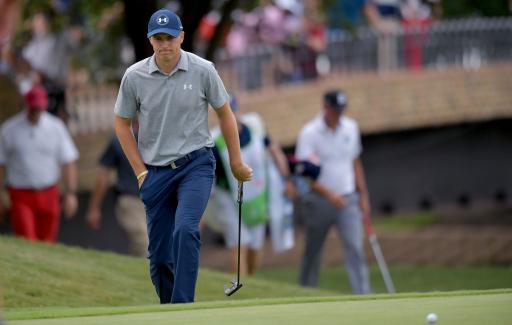 Jordan Spieth has ditched his new Scotty Cameron blade after a one-week trial and gone back to his Scotty Cameron 009 for this week's Dean & DeLuca Invitatonal where he is the defending champion.

Spieth missed the cut last week at last week's Byron Nelson for the first time and struggled with his new putter on Friday with a strokes gained-putting average of -2.19.

It marked the American's first consecutive missed cuts since the 2015 FedEx Cup Playoffs.

“I was having a tough time lining the ball up where I wanted it or getting comfortable with my setup with the [old putter], and that's why I made a switch to a putter that kind of lined itself up,” said two-time major champion Spieth.

“I just lost a little bit of the feel that I had with the putter I've been using for however many years. But what it did, was now I feel a lot more comfortable with my alignment and feel like I got my setup back to where I want it and I have that feel.”

So far this year, Spieth's strokes gained putting statistic lies at .289, ranking him 52nd on the PGA Tour. That number means he has been about a quarter of a shot better than the average player on the greens over 18 holes. That is down from .758 last season, which was second-best on the PGA Tour. Spieth ranked ninth at .571 in 2015.

Spieth said he and his caddie, Michael Greller, played 36 holes on Sunday at Dallas National and he was encouraged by the progress he’s made with his putting.

“I had a couple great putting rounds,” he said. “That kind of made the decision that it was time, and I felt comfortable back on short- and mid-range putts with my alignment.”

Spieth defends his Dean & DeLuca crown this week, a tournament he has never missed the cut in and has finished first and second the past two years.