Mukesh Ambani has agreed a deal to buy the famous golf course located in Buckinghamshire. 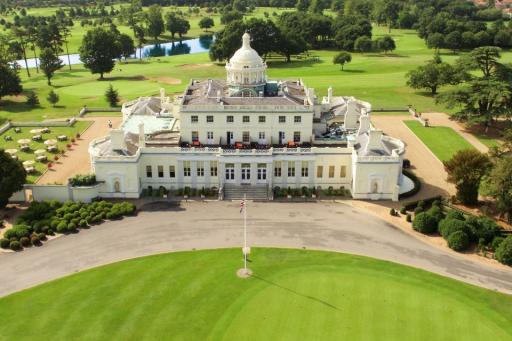 Mukesh Ambani has bought Stoke Park, one of England's most iconic golf clubs, for £57 million and plans to enhance its sports and leisure facilities.

The Indian tycoon is Asia's richest man, worth $71.5 billion, having inherited Reliance, India’s largest company, when his father died in 2002.

A subsidiary of Mukesh Ambani’s Reliance Industries has agreed a deal to buy the 300-acre property, which is regarded as one of the UK's top golf courses, while it has also starred in Goldfinger, when Sean Connery’s James Bond plays against villain Auric Goldfinger, in the 1964 film.

Ambani owns a global portfolio, with his Reliance Industries better known for its Indian energy and telecoms business, with Stoke Park becoming a "trophy asset" to add to his impressive collection, which also includes UK toy store Hamleys.

“You can see Windsor Castle from the golf course: it is a trophy asset,” said Charles McDowell, a buying agent.

Stoke Park has been owend by the King family since 1988, owners of healthcare company International Hospitals Group.

The prestigious club has been up for sale since 2018, with the family originally aiming for "more than £100 million", with interest from China, the Middle East and Ambani.

Reliance Industries said Stoke Park would remain a members' club, with a spokesperson saying it would “look to enhance the sports and leisure facilities at this heritage site, while fully complying with the planning guidelines and local regulations”, while also revealing there is a large amount of funding being put towards developing the property.

Stoke Park, one of Britain’s leading 5 AA Red Star Hotel, Spa and Country Clubs, is set among 300 acres of glorious parkland, lakes, historic gardens and monuments created over the past one thousand years.

The Buckinghamshire-based club is the perfect place to enjoy life in a friendly atmosphere. It provides a unique combination of the traditions of an exclusive members' club and the best of today's sporting, leisure, entertaining and hotel facilities, in one of the most convenient locations in Britain: only 35 minutes from London and 7 miles from London Heathrow.

NEXT PAGE: Study reveals the most searched for PGA Tour players in wake of new bonus system