Yani Tseng was disqualified from the tournament after she failed to sign her scorecard on the first day. 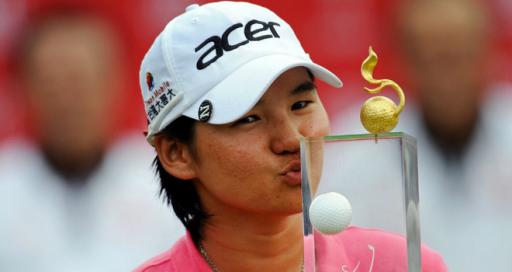 Yani Tseng continued her difficult return to the LPGA Tour in 2021, after she was disqualified for failing to sign her scorecard at the end of the first round at the Hugal-Air Premia LA Open.

The 32-year old endured another hard day on the golf course as she aims to recover from multiple setbacks, but an LPGA spokesperson confirmed after the round that Tseng neglected to sign her card.

This incident is now the third time that a player on the LPGA Tour has been disqualified for not signing their scorecard in the last five months.

Golf fans took to social media to comment on the incident:

"I don’t understand players NOT signing their scorecard. It should be a reflexive action. Furthermore in the scorers tent, the first thing the official should look at is whether the card was signed. Players should not leave the tent until that examination was done," one fan said.

"What did she shoot? I refused to sign some of mine lately to, but it was because I was embarrassed," one fan commented.

"Yani Tseng was disqualified for failing to sign her scorecard, I failed to sign a bunch of mine this spring as my scores have been a bit embarrassing," another fan said.

"So happy to see you back on tour. Stick with it, we are all rooting for you," another fan said.

Tseng used to be one of the most dominant players on the LPGA Tour and her record of 15 wins and five major championships proves that she can be a strong force again.

But at the start of the 2019 LPGA Tour season, Tseng suffered a serious injury setback which kept her out of the game for a long period, but then the Coronavirus pandemic extended her absence from the tour.

Tseng returned to competitive golf for the first time in two years in February, but she has failed to break 75 in a single round yet this season.