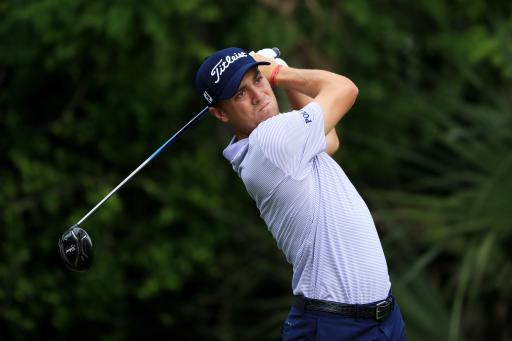 Justin Thomas admitted he stayed up late refreshing his browser to see his name for the first time as world number one, and then took a screenshot - “why wouldn’t you?”.

The 25-year-old achieved the feat following a T11 finish a the Players Championship, usurping Dustin Johnson following a 64-week stint at the top of the table.

"I think I was in the middle of flying home when D.J. finished (the Players), and I had been told (I was number one),”he said.

“And it was like, OK, I'm almost home, but when I wake up tomorrow (and see it)...I ended up staying up late enough to where I waited to refresh it and saw it and it was pretty cool. Seeing every other golfer in the world behind my name is, was a pretty fun thing.

"I enjoyed it for a couple days when I had the two weeks off," Thomas said of his new ranking. "But after that it was over with. It's not … I wasn't really thinking about it."