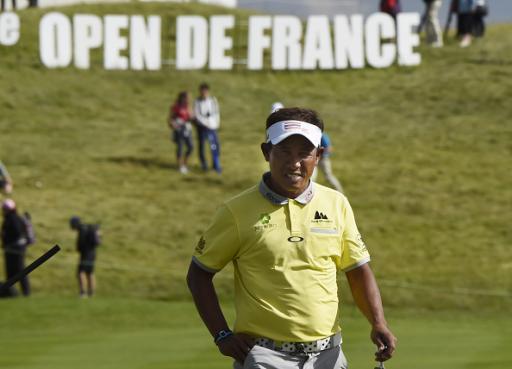 Thongchai Jaidee has landed his eighth and biggest European Tour title of his career following a commanding victory at the 100th Open de France at Le Golf National.

Jaidee, 46, carded a closing 68 to finish 11-under and four shots clear of Italy's Francesco Molinari.

The former paratrooper becomes the oldest winner of the Open de France, and the victory marks his fourth since turning 40.

Rory McIlroy started the final round two shots behind Jaidee but failed to get anything going in the final round with a bogey and a birdie and finished in third on 6-under.

Jaidee plays with a full bag of Titleist equipment.