Rory McIlroy and Patrick Reed have both been involved in similar rules disputes on the PGA Tour this season. 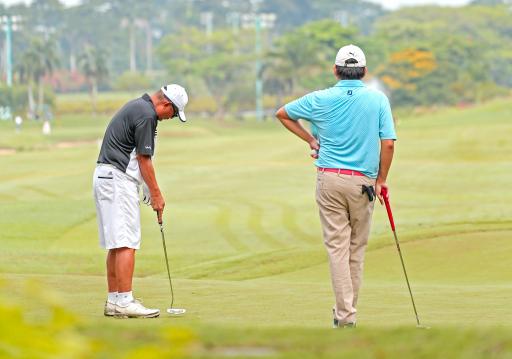 The rules of golf are often at the centre of controversy on the PGA Tour, which is no shock when players are playing for such large sums of money.

The R&A updated the rulebook in 2019 and made significant changes to familiar parts of the game, such as being able to keep the flag in while putting on the green. However, there are still come rules that do not quite sit right with us here at GolfMagic.

We have chosen three rules that we think should be amended:

In 2019, the R&A ruled that penalty drops must now be taken from knee height as opposed to from the shoulder. Although this seems an insignificant change, we feel dropping from shoulder height is a more natural point to drop the ball from.

We would all like to play from a better lie, however, dropping from knee height could lead to golfers manipulating where the ball eventually settles.

#2 - Three minutes to search for your ball

The R&A reduced the time in which you can look for a ball from five minutes to three minutes, which in our opinion is now too short - especially without a crowd or marshal to even tell you where the ball has ended up.

Although it would increase the pace of play, we believe you should still have five minutes to search for your ball in order to keep your round alive. The pace of play can be recovered by the time taken to play shots and to walk in between them.

At worst, at least give us an extra minute and take it to four.

#3 - Partners must stand away once you take your stance

In 2019, it was ruled that you cannot have your partner or caddie stood behind you once you have taken your stance, which seems an unnecessary rule change.

If you are playing in a team format, we believe teammates should be able to help each other as much as possible and standing behind them while they take their shot doesn't exactly give you an unfair advantage, especially if your opponents are able to do the same.

NEXT PAGE: BEST 5 GOLF GPS AND GAMING APPS FOR YOUR PHONE IN 2021