Tiger Woods has possibly hinted he will join the Champions Tour

Was it a hint from Tiger Woods? Or are we clutching at straws...? 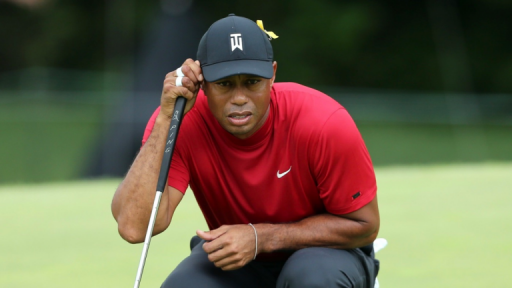 The day that Tiger Woods retires will be a sad day for golf. Yes, there is an extremely bright future in the sport and we are seeing the rising stars kick-start what looks to be hugely successful careers, with players like Viktor Hovland and Colin Morikawa taking the Tour by storm, but what Woods has done for this sport will never be matched.

Some thought the retirement of Woods would come sooner rather than later, given the toll the sport has taken on his body and the number of surgeries Woods has gone through.

His win at the Tour championship in 2018 created one of the greated scenes that golf has ever seen, with the mass crowds who followed to watch Tiger win again.

Not many people who thought Woods would go on to win the Masters at Augusta (although I selected him in our Masters betting tips video), but you could see what it meant to Woods to win his 15th major.

After the Masters, injuries seemed to effect Woods once again and he had to select his tournaments very carefully in order to make sure he was physically fit for the remaining majors of the year.

Woods then revealed he underwent another surgery on his knee and wouldn't return until his trip to Japan for the skins game against Rory McIlroy, Jason Day and Hideki Matsuyama.

What followed after that at the ZOZO Championship was nothing short of incredible, as Woods went on to win and equal Sam Snead's record of 82 PGA Tour victories.

Who knows when Woods will retire, as in Japan he looked fantastic and he will be desperate to create a new record for most PGA Tour wins and he'll want to get as close as he can to Jack Nicklaus' record of 18 major championships.

On Tuesday, Woods appeared on Triple M's "Hot Breakfast," an Australian radio show, where Woods was asked if he planned on playing golf into his 50s.

“I think the golden carrot of getting out there when you’re 50 is you get a cart, right?" Woods said with a laugh. "So that would be nice."

Was Woods referring to the Champions Tour? It has certainly got a lot of people talking that he could have been hinting at it. On the Champions Tour, if you want to use a cart then you can in pretty much any tournament and for someone with a long history of injuries, that could suit Woods down to a tee.

So will Woods put down his clubs after conquering the PGA Tour, or will he give in to the temptation of going after Bernhard Langer's record of 11 majors on the senior tour?