Tiger Woods praises new TaylorMade driver after first round of 2020

Woods happy with the performance of his new TaylorMade SIM driver at the Farmers Insurance Open. 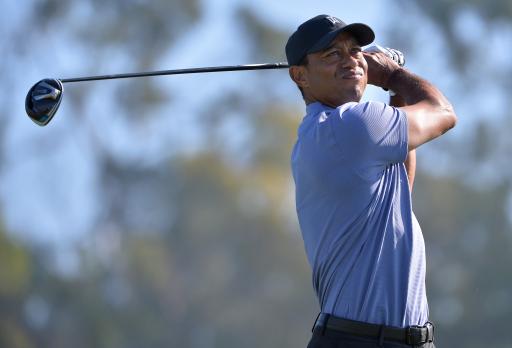 Tiger Woods got off to a solid start in his first competitive PGA Tour round of 2020 with an opening 3-under 69 on day one of the Farmers Insurance Open.

Woods, 44, was playing on the statistically easier North Course, one of two courses the players are competing on this week with the trickier South Course being played for three of the four rounds.

Using the new TaylorMade SIM driver (9 degrees) for the first time in competition, along with his new Bridgestone Tour B XS golf ball, the 15-time major champion hit eight of 14 fairways in his opening round.

After the round, Woods explained how impressed he was with the way he was able to shape and control his shots from the tee.

“I felt like the start lines were a little bit tighter, which was nice," said Woods, who averaged 293 yards off the tee on day one.

"Felt like I shaped the ball well off the tees. I didn't quite get as many fairways as I needed to today, but overall all my misses were in good spots."

Woods did not put the new TaylorMade SIM Max fairway woods in play but reports claim he has been testing them and a switch will likely happen soon.

“I kind of just chipped it around a little bit today and I didn't quite let it go,” added Woods. “I felt like I just had to miss the ball in the correct spots, which I was able to do all day today.”

Woods is bidding to win a record 83rd win on the PGA Tour this week.

Rory McIlroy got off to a fast start with a 5-under 67 on the North Course, one better than Jon Rahm who posted a 68. Both players are also using the new TaylorMade SIM driver.

Sebastian Cappelen and Keegan Bradley lead the way following rounds of 6-under 66, with Cappelen posting his impressive round on the tougher South Course.

Bubba Watson also made a welcome return to the leaderboard with an exceptional 5-under 67 on the South Course.