Tiger Woods storming up leaderboard in final round of BMW Championship 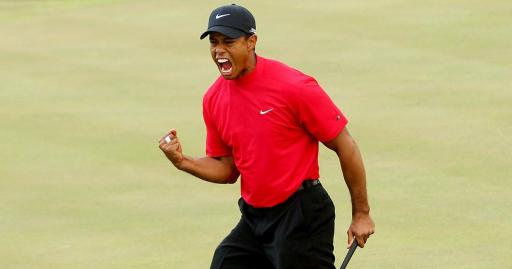 Tiger Woods is currently two strokes off the pace with eight holes to play in the final round of the BMW Championship, which is finishing on Monday afternoon due to inclement weather on Sunday.

Woods started the final round five strokes adrift of 54-hole leader Justin Rose, but has quickly erased some of the deficit by playing his outward nine in 4-under before going on to bogey the 10th.

Shots like this early on have helped Woods race his way into contention...

Rose is bidding to become the World No.1 with a victory, while a number of American players are looking to play their way into Jim Furyk's reckoning for a final US Ryder Cup wildcard pick this evening.

Tony Finau is expected to receive the pick, however, Xander Schauffele has given Furyk something to ponder this week, as too the likes of Keegan Bradley and Billy Horschel who are currently tied for the lead with Rose midway through the final round.

Rory McIlroy is another player in contention for the tournament as he lies just one stroke off the pace as things stand.