Tiger Woods reveals one of his biggest goals of the season - to make WGC Bridgestone Invitational. 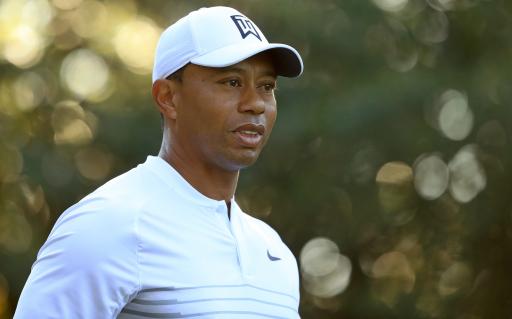 Tiger Woods might have his eye on landing a 15th major championship this season, but he has revealed how one of his biggest goals of the year is to get his claws stuck into Firestone again.

Woods, who picked up his fourth top-12 finish in his last six starts with a tie for 11th at The Players on Sunday, is next scheduled to play in the US Open in a month's time followed by The National two weeks later and the Open Championship three weeks after that.

But in order for Woods to qualify for one of his favourite events of all time at the WGC-Bridgestone Invitational at Akron from August 2 to 5 - one of three Tour stops where the current World No.80 has won eight times - he must creep his way into the top 50 of the Official World Golf Ranking.

Given the fact that this tournament shifts from Akron to Memphis next year, Woods is officially making it a priority to qualify for Firestone’s swan song.

IN THE BAG: TIGER WOODS REVEALS HIS NEW 'PHASE 1' IRONS

“There are some big events to play, and one of my goals is to get into Akron one last time before we leave there,” said Woods, who started the year at 656th in the world rankings.

“I would like to get there with one more chance (at Firestone),” he added. “But I’ve got to do some work between now and then, hopefully put together one good event.”

Whie Woods probably won't like to admit it, the tournament will have no doubt gained extra significance for Woods this year given he has switched to the new Bridgestone golf ball.

NEXT PAGE: SPIETH TAKES BLAME FOR WOODS DOUBLE AT 17!