Tommy Fleetwood reveals he dreams of becoming World No.1, but must win more tournaments if he is to reach the pinnacle of golf. 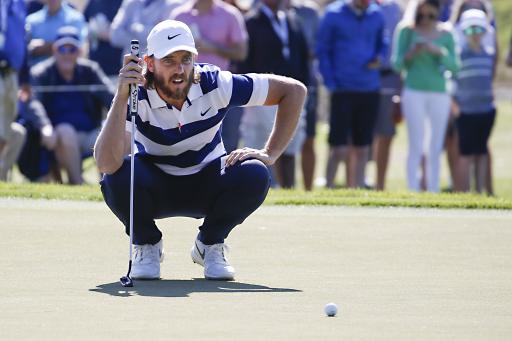 Tommy Fleetwood is without a doubt one of the most talented English golfers we have had for a very long time and many tip him - including myself - to go on and win multiple majors.

With five victories on the European Tour, his last coming in South Africa at the Nedbank Golf Challenge back in November, Fleetwood has proven he's got the consistency to be a top 20 golfer for a long time, but the man from Southport wants more than that.

"For sure, a dream of mine is to get to the top of the mountain and be the best player in the world," Fleetwood told The Golf Show. "But to do that, I need to win regularly - two of three times a year."

Although Fleetwood has been a star on the European Tour and a sensational player for Europe at the Ryder Cup, the 29-year-old is still searching for his first victory on the PGA Tour, having thrown away a 54-hole lead at the Honda Classic in March.

"My consistency levels have obviously been very high over the last two or three years, but I need to make that step up and try to win more regularly than I do at the moment.

"I would love to make winning more of a habit, and sometimes it just comes down to just hitting the right shot at the right time. The more you get used to being up there in contention on a Sunday, the better that might be."

With both the European and PGA Tour on hold at the moment during the coronavirus pandemic, Fleetwood has had plenty of time to reflect on his game and analyse where he can improve.

"Being away from the game has actually helped," Fleetwood added. "I've watched some tournaments back and when you play, you're so wrapped up in your own bubble and only thinking about what you're doing.

"Then you finish the tournament and look back on it and think you could've done things differently, hit shots differently, or made that eight-footer, and you don't get to view what everybody else is doing.

"Sometimes it all just opens up for the winner, and sometimes the winner just plays much better than everyone else. It's all about finding the way to get over that line.

"There are always going to be areas of my game that I want to improve, or at least keep at a certain level. If I can just keep improving my putting and hole out with more consistency, that will always make a difference to my tournaments in general."

NEXT PAGE: Golf in the United Kingdom under coronavirus restrictions