A golf club in South Yorkshire has reported a man to the police who posted a video of himself using the course during lockdown. 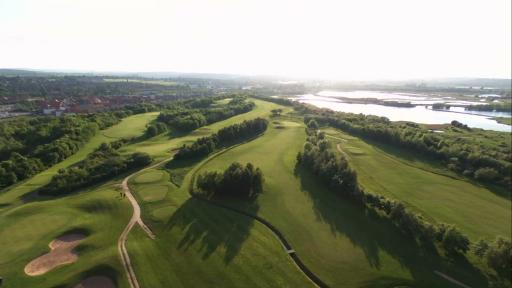 Waterfront Golf Club took to Twitter to name and shame an individual who used their golf course during lockdown and have reported the man to the police, after he posted a video of himself on the course.

The individual posted a clip of him hitting a ball on the South Yorkshire golf course and posted: "Cannot contain my excitement at the thought of being back on the course again... roll on the end of lockdown! #stayhome #staysafe #golf #golfmates #golfcourse"

So this guy decided to play our golf course yesterday and decided to post on social media! Absolute disgrace! This will be passed on to the police for trespassing. Telling people to stay safe life time ban from Waterfront! pic.twitter.com/rUpNYJbFWO

Some people assumed the clip had been filmed a while ago and the man was just eager to return to the sport, but Waterfront Golf Club cleared up any confusion in the comments of their tweet, by saying: "No tee markers or flag sticks during lockdown! Posted yesterday and from ladies tee!"

The club were not only angry that the man had trespassed while the course is closed, but the fact that the individual had the audacity to post '#stayhome #staysafe' while he was on the golf course.

"What a b*** end! I've been asking for courses to be opened but won't break the rules. Hope you find him and ban him."

"I wouldn’t have bothered recording it, he’s all arms!!!"

"I watched a guy hitting balls on caddington golf course yesterday, what makes him different?!"

"Also pass his details to the golf pro , he might be able to sell him a beginners package..."

"Any golfer breaking lock down laws should be banned for 10 years from all courses."

"The SY Police Covid-19 reporting system will be fed up with our reports. Hope you’re all safe and well, apart from having to deal with a small amount of idiots like this!"