Even Phil Mickelson felt the need to get involved after a video emerged of MLB star Mike Trout hitting a monster drive at TopGolf. 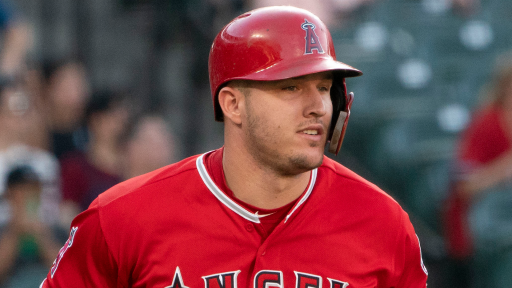 When it comes to hitting bombs on the driving range, it's not just golfers who possess the ability to rip the ball over the back fence. A video recently went viral of MLB star Mike Trout hitting an absolute rocket of a drive over the fence at TopGolf and even Phil Mickelson was impressed.

It hasn't taken long for people to create memes around the video, but the best one by a country mile is one that features Tiger Woods' face on 'Chubbs Peterson', the brilliant character from the golf film Happy Gilmore. Check out the epic clip below:

Trout is a professional baseball player for the Los Angeles Angels and an eight-time MLB All-Star. In 2019, Trout signed a 12-year, $426 million contract with the Angels, the richest contract in the history of North American sports. Watch Trout show off his power at TopGolf in the video below:

Of course the video of Trout's monster drive didn't take long to go viral, with over 18,000 retweets and nearly 100,000 likes, sports fans around the world were commenting on the baseball player's golf ability.

One golfer who is known for his passion for bombs is five-time major winner Phil Mickelson, who was left speechless after seeing Trout's drive.

I don’t even know what to say
’s

Check out some of the responses to the video below, or click on the tweet to see more.

"I bet the angels love seeing their $40M man doing this."

"I don’t golf, care about golf, or even know anything about golf but I have watched this video a dozen times. There’s nothing this man can’t do."

"I feel awful for the person who was killed by this stray bullet."

"Can you guys ask Mike to send me a signed bat since that golf ball just busted through my living room window in New Jersey?"

"Happy Gilmore accomplished that feat no more than an hour ago....."

"I have watched this like 80 times and it only gets prettier."