Property experts say there will be a reinvention of shopping malls and town centres following the closure of major stores such as Debenhams... 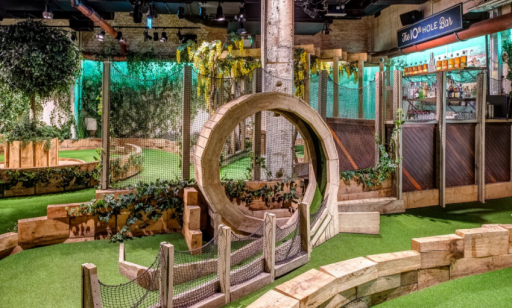 With major UK department stores such as Debenhams closing down as a result of the coronavirus lockdown, property experts believe the nation will soon see a reinvention of town centres with some stores even turning into crazy golf sites, according to the Guardian.

More than 200 departnment stores in the UK are now empty or closing down ahead of next year, with the biggest loss coming at Debenhams which is reportedly set to close 124 stores. According to property group Altus Group, that is "the equivalent of 148 Premier League football pitches seeking a new purpose."

AND WE’RE BACK (AGAIN)! Today’s the day we throw open our doors at both Swingers City and Swingers West End and we can’t wait to welcome you back for some crazy golf action!

There are still limited tickets available on our website https://t.co/gyD2RFdY78 pic.twitter.com/BAQUfSAbyX

If Debenhams goes ahead and closes down all of its stores, then up to 12,000 jobs will be at risk. In the last few hours, Mike Ashley's Frasers Group has confirmed it is working on a possible last minute rescue of Debenhams, but the group claims there is "no certainty" that it could save the chain.

House of Fraser has seen 11 of its stores close down since August 2018, of which its former store in Reading has now received approval to be turned into a crazy golf course, food hall and bowling alley.

A similar story has unfolded at BHS (which saw all of its 164 chains collapse in 2016) with its former Oxford Street store now turned into a Swingers crazy golf venue. It is reported that a quarter of all former BHS stores remain empty today.

"This is apocalyptic," chair of the government-backed High Streets Task Force, Mark Robinson, told the Guardian. "We are going to see the biggest change in urban grain [the pattern of streets] since the second world war."

He added: "Department stores have supported the footfall that drives people through the doors. We are going to have to evolve a whole new way of looking at the purpose of towns and centres."

Many other stores are set to close down in 2021, which paints a sorry picture for the Great British high street. It is anticipated that not only will crazy golf sites look to fill the void, but also gyms, hotels, homes, student flats and co-working spaces.