Trump Turnberry picked up three honours at the World Golf Awards as the Turnberry hotel was named the best in Europe. 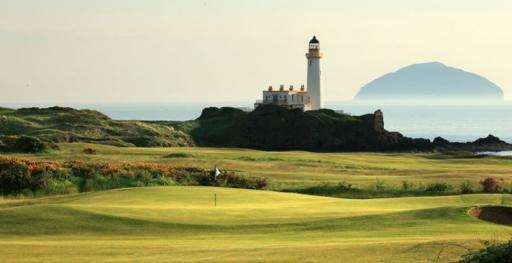 Trump Turnberry cleaned up at the recent World Golf Awards in Abu Dhabi as the venue's hotel and halfway house were named the best in the business.

As reported by the Ayr Advertiser, the South Ayrshire site was named Europe's 'Best Golf Hotel' and also the best in Scotland. The famous Turnberry Lighthouse was also named the 'Best Halfway House' in the world.

The ninth World Golf Awards ceremony was held at the Rixos Premium Saadiyat Island resort and it aims to recognise excellence in the golf tourism market.

"We are always striving to give our guests an unrivalled experience, so it is always pleasing to win awards like these," said Jane Frazer, the director of sales and marketing at Turnberry.

"Trump Turnberry holds our hotel to the highest standard, and we’re particularly proud of the Turnberry Lighthouse since we opened our halfway house in 2016."

Turnberry has not hosted The Open Championship since 2009 when Stewart Cink famously beat Tom Watson in a playoff. The R&A has said the course won't be considered to host another one for the foreseeable future.

"We had no plans to stage any of our championships at Turnberry and will not do so in the foreseeable future," R&A chief executive Martin Slumbers said in a statement in 2021.

"We will not return until we are convinced that the focus will be on the championship, the players and the course itself and we do not believe that is achievable in the current circumstances."

Trump Bedminster in New Jersey, which hosted the third event of the LIV Golf Series in 2022, was dropped from USPGA hosting duties after riots broke out at the US Capitol.

The controversial former President of the United States also hosted the LIV Golf Team Championship at Doral. Trump has been a strong advocate of the Saudi-backed series.

"And by the way, a lot of other people are coming over. Big names. You know that. The star system is always very important in sports. Whether it’s sports or anything else. And they’ve got the stars," he added.