The Pro-Am returned yet again with another star-studded line-up and there were some hilarious attempts for the long drive competition. 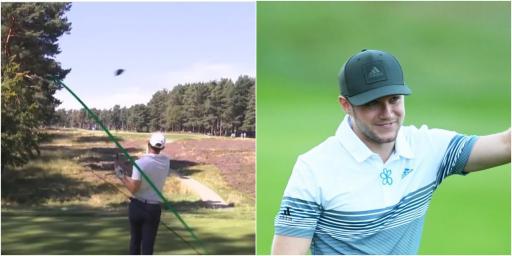 The Pro-Am is a regular feature of the flagship event of the European Tour at Wentworth, and for good reason.

Celebrities from across the world and amateurs peg it up with the cream of the crop from both sides of the atlantic.

It is the traditional curtain raiser of the BMW PGA Championship and this year it had memorable highlights.

The celebrity long-drive event took place on the ninth hole of the West Course, which was won by Spiderman actor Tom Holland.

Hit the biggest drive on 9, drink a beer @TomHolland1996 (aka Spiderman) is having a great day!#BMWPGA | #RolexSeries pic.twitter.com/MLMkgK1zBY

Holland looked like he meant business when he ripped his drive 310 yards straight down the hey diddle diddle.

But, despite experts in their fields, these celebrities struggle just as much as we do to hit the fairways.

Some highlights of the bloopers can be seen below, posted on the European Tour's social channels.

Former England, Liverpool and Southampton midfielder Adam Lallana fired his drive miles left with a hook anyone would be proud of.

Harry Potter actor Tom Felton, who plays Draco Malfoy, had to yell fore right as he sliced one towards the gallery in the sunshine.

RELATED: WHY IT IS A DISGRACE TO OMIT ROSE FROM THE RYDER CUP

Denise Lewis, who gold a gold medal in the heptathlon at the 2000 Sydney Olympics, sent a weak slice out to the right.

TV personality Spencer Matthews, best known for his Made in Chelsea stardom, couldn't keep the club face closed through impact.

While former Champions League winning striker Andriy Shevchenko shrugged his shoulders and picked up his tee after he hooked one.

NEXT PAGE: HARRINGTON INSISTS NO FAVOURITISM OVER LOWRY PICK