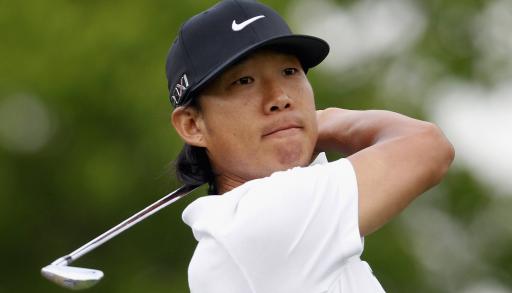 Anthony Kim. Remember the three-time PGA Tour winner and former US Ryder Cup star? Well he might not be back on the links, but he has just posted a video on 'No Laying Up' of his prediction in the Tiger Woods vs Phil Mickelson $9 million match this Friday.

Kim, who reportedly earned $6 million a year with his sponsors Nike Golf back in the day, vanished off the face of the earth after just 10 starts on the PGA Tour in 2012 - initially down to an Achilles injury, but a number of whispers suggested his late-night party antics didn't help matters.

Reports from 2014 claimed Kim - the man famous for his eye-catching, expensive belts - took out a $10 million-plus tax free insurance policy that financially protected him in the case of a career-ending injury. Based on those financial calculations, Kim would have had to have won in the region of $35 million in prize money throughout the remainder of his golfing career on the PGA Tour to cover the value of that insurance policy.

RELATED: HOW TO WATCH TIGER VS PHIL THIS FRIDAY!

Anyway, Kim is alive and well in 2018, and appears more than happy with his dogs at the moment.

Watch the video below to see which player Kim fancies to win 'The Match' at Shadow Creek. He's even had a bet! Do you agree with him?