A highlight reel of Tom Brady's funniest moments during The Match II has certainly made the average golfer feel better about themselves. 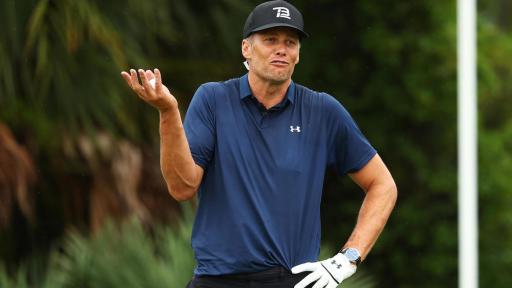 Tom Brady and Peyton Manning are two of the greatest players to ever grace the NFL and they both did a fantastic job during The Match: Champions for Charity on Sunday, given the huge amount of pressure that comes with playing alongside Tiger Woods and Phil Mickelson.

If playing with Woods and Mickelson wasn't enough pressure, Sunday's charity match averaged 5.8 million viewers in the United States, so it was a given that both players were going to hit a few poor shots in what was very challenging conditions.

Brady, who has a handicap of 8, hit some truly fantastic shots during his team's defeat to Woods and Manning, but there were a few moments he'd probably rather not see again.

A highlight reel of some of Brady's funniest moments was posted on Instagram where thousands of golfers could relate, as they hit the golf courses for the first time since they reopened in England.

Here’s @theaveragejoegolf’s MVP • Click the link in my profile to listen to our latest podcast where we breakdown #thematch Via: @pgatour

Bad shots aside, Brady was certainly entertaining and helped raise $20 million for coronavirus relief efforts in the United States.

Woods, playing alongside 7-handicap player Manning, spoke highly about both quarterbacks after the match.

"I take my hat off to Tom and Peyton," said Woods. "This is our arena, this is what we do for a living. I couldn't imagine going on the field and do what they do."