Webb Simpson's caddie reveals how he cost them about $5 million

Webb Simpson's bagman Paul Tesori opens up on the anchored putting ban from 2016. 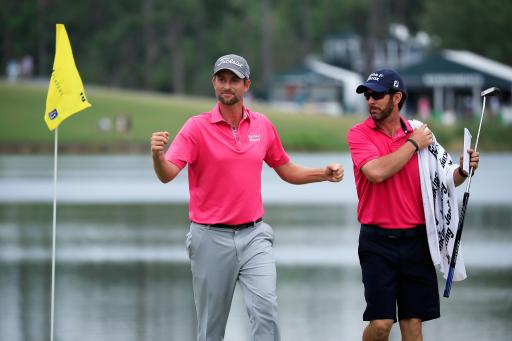 Webb Simpson's caddie Paul Tesori has revealed how getting his boss to move away from his belly putter a year ahead of the official anchoring ban in 2016 cost him close to $5 million in PGA Tour earnings.

With the anchor ban coming into force on January 1, 2016, Tesori suggested the two get out in front of the problem.

"We went in a year early, which was my call, and that cost us at least $5 million because the next year I think he finished third in ball-striking and only made about $1.5 million," said Tesori, in Golf Digest's latest podcast.

"I was like, 'Webb, you're welcome buddy. Anything else you need, just let me know.'"

Thankfully for the 2012 US Open champion and Tesori, the pair cashed in on the $1.98 million winner's cheque at The Players on Sunday, marking their first victory together in more than four years.